As 2015 drew to a close, more evidence came of the general public’s misunderstanding of how long-term services and supports are financed.

In a statewide survey commissioned by Hawaii’s Executive Office of Aging, 39% of respondents said they believe that health insurance covers LTSS, and 24% think the government will assist them with costs.

“Many in Hawaii may be aware of the need for long-term care, but there is clearly a smaller percentage who are aware of the need to prepare for the costs associated with that care,” Terri Byers, director of the office, said in a statement. “We know that we should save and plan for college or retirement, but long-term care is not often part of the picture, despite the fact that 70% of us will use [LTSS] at some point in our lives.”

In fact, most of the survey’s participants didn’t even know what LTSS are: whereas 54% of respondents said they were very or fairly familiar with long-term care, only 24% said they were familiar with LTSS. Clearly, a need for education exists, and Hawaii’s Executive Office of Aging will be launching a public awareness campaign this year to educate residents about the need for advance planning and saving so that their long-term care options aren’t limited.

The survey, carried out by Market Trends Pacific, was conducted via landline and mobile phone as well as via online questionnaires. A total of 603 residents aged at least 18 years were included. The Dec. 28 news of its findings followed the Dec. 17 release of the results of national research that Morning Consult conducted for the National Center for Assisted Living.

In that poll, including responses from 2,018 registered voters collected Nov. 20 to 23, 31% of participants said they were planning to rely on Medicare to cover their healthcare expenses during retirement. The reality, of course, is that Medicare doesn’t cover LTSS. Also, 44% of survey respondents thought they would need some type of long-term care during retirement, whereas the federal government estimates that 70% of Americans will need long-term care at some point. (You can see other findings of the NCAL survey here.)

“We understand aging is not a topic many Americans want to think about or talk about, but the reality is that many of us will need some aspect of long-term care in the future,” said NCAL Executive Director Scott Tittle. “It’s important that Americans plan for their healthcare needs and communicate with loved ones about what they desire when that day comes.”

Those surveys, a focus on LTSS by the White House Conference on Aging, and other efforts, including the Nov. 17 release of research funded by LeadingAge, the AARP and the SCAN Foundation, made the financing of LTSS a hot topic within and outside of the senior living industry in 2015. And it doesn’t take a crystal ball to know that it will continue to be an item on the agendas of association and government groups in this new year and beyond.

LeadingAge will be suggesting LTSS financing solutions to members of Congress at some point, to ensure that options remain available to Americans and that programs such as Medicaid aren’t burdened beyond capacity by the growing numbers of people who need LTSS. Larry Minnix, at the time president and CEO of LeadingAge, in November was optimistic that politicians could find an answer. “Of the things I’ve been involved in in 15 years in Washington, this issue has drawn more collaborative brainpower, regardless of political affiliation, than any one that I’ve worked on,” he said at a press conference.

While politicians hammer out governmental solutions, others will say aloha to 2016 by resolving to continue efforts to educate individuals on their likelihood of needing LTSS as well as the need to put aside money for those services so that they have the option of choosing the services and senior living settings that suit their needs and wants as they age.

Lois A. Bowers LTSS/HCBS Medicare
Next post in Editors' Columns 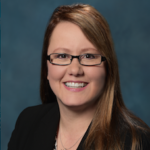 12 holiday hazards and how to address them