Compared with some diseases that can date back to ancient times, norovirus actually is quite new. The first outbreak of norovirus was recorded in Norwalk, OH, in 1968. Little was known about the virus until the 1990s, and in 2001, the Centers for Disease and Prevention published information for public health officials on the diagnosis, epidemiology, infection control and possible prevention measures to take when a norovirus outbreak occurs.

Although it is only about half a century old, norovirus is the leading cause of foodborne illness in the United States. Some 19 million to 21 million people in this country fall ill with norovirus each year, with as many as 70,000 people requiring hospitalization and 570 to 800 dying annually. Much remains to be discovered about this virus. We do know some important facts about how it spreads, however — and fortunately, how to stop it:

This last point is crucial for long-term care administrators and executive directors to know. As many as half the cases of norovirus occur in seniors housing and care facilities. And because these locations house older people, and in many cases people with compromised immune systems, coming down with norovirus can have very serious ramifications.

One of the most common complications of norovirus is what has been termed “explosive” vomiting. Not only is this very uncomfortable for the afflicted, but it also is one of the main ways norovirus is spread.

According to the Texas Department of State Health Services, when a person with norovirus vomits, “it can propel small airborne virus particles within a 25-foot radius. [These particles] have been known to survive 16 to 60 days on hard surfaces such as toilets, faucets, door handles, handrails, carpets, upholstery, telephones, computers, touch screens and kitchen preparation surfaces.”

It’s because the vomiting is so explosive and the virus can live up to two months on a surface that norovirus is such a contagious disease. This is also why when a resident vomits, executive directors and administrators must assume that the cause is norovirus.

Steps to take immediately after a vomiting incident

Knowing what steps to take as soon as someone has become sick is crucial to the health of all residents, staff members and visitors. Before even discussing the steps to take once an incident occurs, however, many administrators and executive directors find it helpful to create a “norovirus cleanup team” that specifically deals with incidents such as these. It is such a complicated and contagious disease that turning over cleanup operations to uneducated or unfamiliar staff members can have very serious unwanted implications.

With this in mind, once a vomit incident has occurred, the following steps should be taken:

To support proper cleanup procedures, it is strongly advised to have what are termed “spill cleanup kits” available. A senior living or long-term care facility should have several such kits, and a larger facility should have spill kits located in different areas of the building. It can make the situation worse if staffers must walk a long distance to get a kit located in a far-away custodian’s closet.

The absorbent spill pad kit should include critical items needed to remove and neutralize the effects of a vomit incident as well as protect the cleaning worker. A properly equipped kit includes:

Further, the kit should include cleanup procedures, for reference. Although the norovirus cleanup team would have been trained, providing the instructions helps ensure proper procedures are followed.

And what are proper procedures? Some of the key steps include the following when cleaning up vomit:

Although the cleanup team members will have completed the removal of the vomit, this is not the end of their job. Remember, droplets may spread throughout the surrounding area. This means that the cleanup crew must put on protective gear — including gloves and a combination mask/face shield* — once again and begin cleaning the walls, surrounding floor areas, shelves, objects, counters — anything within a 25-foot radius. Also, as just mentioned, surfaces should be cleaned first and then disinfected.

Is this a long, drawn-out process? Not necessarily, with an experienced cleanup crew. Each step in the process is crucial, however. View cleanup steps when norovirus is suspected as spokes in a wheel. If one spoke is weak, then the whole wheel is compromised. When it comes to stopping the spread of norovirus, make sure every spoke in the wheel is strong and secure.

Edward Sharek is category manager of facility-employee safety at DayMark Safety Systems, manufacturers of a wide variety of product designed to enhance food safety, personal safety and facility safety. He may be reached at info@daymarksafety.com

*Infectious diseases can be transmitted through the eyes, making the wearing of masks and face shields a must. 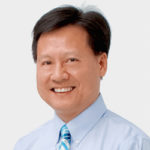