The senior living industry has a crisis communications problem. Consider the following, from just the past several months:

When those in the senior living industry thinks of a “crisis” event, they often think of natural disasters — the hurricane, blizzard or earthquake, for example — that empties a senior living facility and requires coordination with state and federal officials. Many have instituted crisis notification and management systems that use technology to ensure that families, employees and regulators are notified.

But little planning has been done into other types of crises, from accidents and fires, to investigations, to crime, to allegations of abuse or neglect. These are events that can do long-term reputational damage to a senior living community — the type that lands you on the evening news or on the front page of the local newspaper and threatens to permanently impinge relationships with the community, morale and operational success. Today’s accident or fire is tonight’s major news story and tomorrow’s regulatory investigation or civil lawsuit.

Some communities do nothing when these sorts of crises hit — they get their heads down and hope it blows over sooner rather than later. Others hand off the responsibility for such public-facing crises to their attorneys. At other times, the responsibility for crisis response might be given to a marketing manager inside the community or an outside public relations firm. Senior living communities choosing one of those routes will want to ensure that the professionals they entrust have experience in working with the media during a crisis and can quickly bring together a team, assess the severity of the issue, prepare the appropriate response and get it to the right audiences before media speculation, rumor and innuendo begin to spin out of control.

Regardless of the path you pursue, take a lesson from the Boy Scouts: Be prepared. Simply put, you need three things:

Consider the following example of a crisis communications response protocol hitting on all cylinders. Recently, a CEO returned from lunch to discover that his facility was on ﬁre, and media already were arriving at the gate. Ducking into a McDonald’s across the street, he alerted his team and, from his iPad, opened a “Virtual WorkRoom” on the CrisisResponsePro technology portal the facility has subscribed to. The team exchanged details and strategy for proper response, then quickly consulted the crisis plan. They researched a template from a database on the site to use as a model. With the proper details inserted, a media statement was uploaded to the document storage area, which the team reviewed, approved and made available to any media members who called or showed up at the site. The entire process took about eight minutes.

Or you can decide to make it up as you go along. But I can tell you, after more than 20 years of doing this work, that is a recipe for disaster. It would be like sending a football team onto the field, then making up the plays after kickoff. It doesn’t work.

In the end, crisis communications is as much a risk management task as a public relations effort. With proper planning, training and technology, you can ensure that the inevitable doesn’t become the unmanageable. And that can mean the difference between a crisis that is controlled and one that threatens reputation, morale, marketing and sales efforts and, ultimately, your community’s bottom line.

James F. Haggerty is a crisis consultant and founder of CrisisResponsePro, cloud-based software for crisis and litigation communications response. He is the author of  “In The Court of Public Opinion.” His new book, “Chief Crisis Officer,” will be published in this fall. 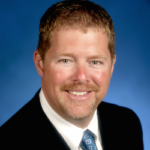