Louisville, KY-based Atria Senior Living is planning $1 billion in development and redevelopment in high-barrier-to-entry markets, the company announced Wednesday as it shared news of a major capital raise.

Senior executives generated the funds by selling 50% of their ownership interest in Atria’s business to Fremont Realty Capital, the real estate private equity business unit of the Fremont Group. Proceeds will be invested along with an additional financial commitment from real estate investment trust Ventas in a new venture that will act as general partner.

“With this additional capital we can continue to build scale and accelerate our investments in infrastructure and systems to better position us for both the current environment and our maturing industry as it prepares for the demographic wave that is around the corner,” Atria Senior Living Chairman and CEO John A. Moore said in a statement.

Atria’s senior executives, Fremont and Ventas will own both Atria’s management services business and the newly formed real estate venture general partner in 33%, 33% and 34% shares, respectively. Additionally, the general partner plans to raise $300 million to $400 million for the dedicated development and redevelopment strategy.

Atria, the seventh-largest senior living operator in the United States in 2017, according to Argentum, said it has increased the number of communities it manages on a long-term basis from 125 to more than 200, doubling revenue under management, since 2011, when Ventas purchased substantially all of the company’s real estate. The company now operates senior living communities in 28 states and in seven Canadian provinces for Ventas and more than 10 other real estate owners. 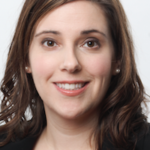