Most of the properties previously were leased by Elmcroft Senior Living, based in Louisville, KY. Eclipse will conduct business under the Elmcroft name, and the communities will continue to use the name as well, Ventas said. Eclipse is based in the Portland, OR, area, a Ventas spokeswoman told McKnight’s Senior Living.

Ventas Chairman and CEO Debra A. Cafaro had discussed the impending changes in October during the REIT’s third-quarter earnings call, sharing at the time that senior living industry veteran Kai Hsiao would lead the effort, which would include “his long-time colleagues.” Hsiao’s title is CEO.

Hsaio is the former president and CEO of Holiday Retirement and transitioned to a vice chairman role there in early 2016. He joined HCP in mid-2016, but the REIT announced his impending departure in May 2017.

The Eclipse management team has more than 50 years of combined experience across the seniors housing industry, Ventas said.

Shamim Wu, who was executive vice president of sales at Holiday from 2012 to 2016 and president and chief operating officer of Silverado in 2016, is chief operating officer of the new effort, according to her LinkedIn profile, which indicates that she is based in the Los Angeles area. Wu also is the former senior regional director of sales and marketing for Emeritus Senior Living, and she also held sales and marketing roles with Summerville Senior Living and Covenant Care.

“We greatly value Ventas’ partnership as we establish a leading seniors housing management platform caring for approximately 6,000 seniors and drive upside from the portfolio,” Hsiao said.

Eclipse has hired most of the Elmcroft community- and field-level personnel, Ventas said.

“We welcome the talented personnel from Elmcroft who strive to serve our residents every day,” Hsaio added. “We look forward to working closely with Ventas as we continue to build scale and sophistication and deliver high-quality care to a rapidly growing aging population.” 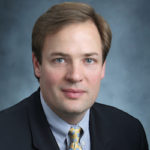