Holiday Retirement CEO Kai Hsiao has transitioned to the position of vice chairman to focus on personal health matters, according to the company. Succeeding him as CEO is Lilly Donohue.

“I look forward to building upon the exceptional accomplishments of Kai and his team, as well as my own experiences in senior housing and private equity,” Donohue said in a statement. Before joining Holiday, Donohue spent four and a half years establishing a senior living business in Shanghai, China. 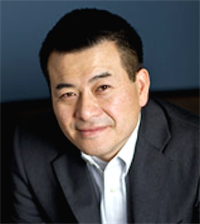 Hsiao said that he will ensure a seamless transition as vice chairman. “I am confident that Holiday is well positioned to continue to successfully serve the needs of its residents and to fulfill its strategic corporate goals,” he said in a statement. “Thanks to the hard work and dedication of many talented individuals who have worked alongside me, Holiday has become an industry-leading, nationwide senior housing platform during my tenure as CEO.”

Since joining the company in 2008, Hsiao has served in many leadership positions at Holiday. The company credits him with playing an important role in increasing the company’s occupancy, net operating income and earnings before interest, taxes, depreciation and amortization through organic growth and acquisitions; recapitalizing the company through triple net and third-party management transactions; and centralizing operationally intensive functions. Hsiao, who previously worked at Macerich and Canyon Ranch, also drew on his experiences in the retail and hospitality industries to modernize Holiday’s corporate infrastructure through initiatives such as the first automated revenue management system in the senior housing industry, according to the company.

Holiday Retirement, in operation since 1971, has more than 300 retirement communities. The company maintains that it is the largest independent living operator and second-largest senior housing operator in the United States.