Eric Mendelsohn is the new president and CEO of National Health Investors, effective Oct. 5. He joined NHI in January as executive vice president of corporate finance and has served as the company’s interim CEO since August.

Mendelsohn has more than 15 years of healthcare real estate and financing experience. Previously he was with Emeritus Senior Living for nine years, most recently as a senior vice president of corporate development, a position in which he was responsible for leading the transactions team, which included large transactions such as a $3 billion joint venture with Blackstone and the $278 million Summerville merger.

“Mr. Mendelsohn has been a proven asset since joining NHI and has performed well as our interim CEO since August,” Andy Adams, chairman of the board, said in a statement. “With this appointment, the board looks forward to NHI’s continued growth and expansion under his leadership.”

Mendelsohn said he looks forward to focusing on expanding the NHI portfolio with high-quality investments. 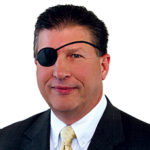