Steven Swain has been named chief financial officer and executive vice president at Brentwood, TN-based Brookdale Senior Living. He is expected to start on Sept. 4 and will succeed the company’s current interim CFO, Teresa Sparks.

In his new role, Swain will be responsible for the company’s finance, financial planning and analysis, investor relations, market insights and analytics, tax and treasury functions.

Swain has almost two decades of finance leadership experience and most recently was CFO of DISH Network Corp. He also spent more than 15 years working in the telecommunications sector, where he served in multiple leadership roles in finance and engineering operations. 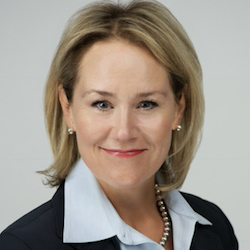 Tammy L. Marshall has been named as chief experience officer at Atlanta-headquartered Thrive Senior Living, which offers independent living, assisted living or memory care at more than two dozen communities in nine states. In her new role, she will spearhead efforts to continue the transformation of the resident and staff experience from a clinical focus to a human focus, Thrive said.

Marshall, who joined Thrive in May, brings more than 25 years of experience in the field of human hospitality to the position. She most recently served as chief experience officer for The New Jewish Home and before that was the organization’s director of Green House education.

Marshall holds degrees in nursing and the social sciences. Fleming Meng has joined HumanGood as chief information officer. In this role, he will lead the organization’s IT team from the Glendale, CA, office.

Previously, Meng led global IT operations for Ingram Micro, a Fortune 500 information technology distributor based in Irvine, California. Before that, he led international IT operations for Ecolab, a global provider of water, hygiene and energy technologies and services. Welltower said that Mitra’s promotion reflects his responsibility for the company’s acquisition and investment activity, including seniors housing, medical office buildings and other healthcare properties, as well as his oversight for the company’s expanded asset management function.

McHugh will continue to oversee the capital markets and corporate finance functions and gains responsibility for the company’s combined financial planning and analysis and portfolio management functions.

Lordan joined Welltower in 2014 as vice president, investment integration, and assumed additional responsibilities as co-lead for the company’s portfolio management and reporting services before being promoted to senior vice president, asset management, January 2017.

Hansen will have expanded accountability for asset, management and value-added services and sustainability.

Brian Devlin has been named senior vice president – project development at Skokie, IL-based Covenant Retirement Communities, which has 16 communities in nine states. In this new role, he will lead strategies related to growth and expansion of the organization’s campuses across the country.

Devlin has more than 15 years experience in the senior living field. In his previous roles, he has managed redevelopment work for large multi-site senior living providers as well as managing aspects of start-up communities, property acquisitions and consultations.

Devlin graduated from Texas Tech University with a degree in architecture and has served on the Education Committee of the national LeadingAge Annual Meeting and Expo. 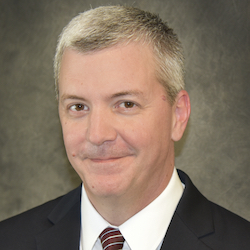 Christopher Thompson has been named vice president of hospitality at Vero Beach, FL-based Harbor Retirement Associates, which offers independent living, assisted living, memory care, and respite and day care at more than 30 communities in 10 states, with additional communities under construction. In his new role, he primarily will be responsible for designing, planning and implementing standards, policies and programs that positively affect the delivery of services to HRA’s residents nationwide.

Thompson has more than 28 years of experience in the culinary and culinary education industries. He previously was HRA’s national director of culinary services and has served in many other roles, including executive chef, chef instructor, culinary dean, associate director of education and director of business operations and finance. He also has served as a corporate consultant for various properties and campuses.

Thompson studied culinary arts and hospitality management at the California Culinary Academy in San Francisco. He is a certified executive chef through the American Culinary Federation and holds various other certifications through the National Restaurant Association. He has received multiple awards, including Educator of the Year for Academic Leadership, L’Esprit d’ Excellence (The Spirit of Excellence) and Extraordinary Student Experience from Le Cordon Bleu-North America. Thompson also is an 11-time recipient of Faculty of the Quarter during his years serving as a culinary instructor. Donegan previously was administrator of Heritage Woods of Plainfield. She also previously held positions with Emeritus Senior Living, HCR ManorCare and others.

Donegan is a licensed social worker and licensed nursing home administrator. She received a Master of Social Work degree from the University of Illinois at Chicago and an undergraduate degree in social work with a minor in business administration from Saint Mary’s of Notre Dame in Indiana. Since 2016, he has been executive director of another HumanGood life plan community, Terraces at Los Altos, Los Altos, CA, which had a grand opening last year.

Before joining Los Altos as the executive director, Oden was the administrator of Redwood Terrace, a HumanGood life plan community in Escondido, CA.

Farrish is a graduate of Foothill College in Los Altos Hills and San Jose State University. Elise Power has been named Jewish community liaison at The Legacy at Home, part of Plano, TX-based The Legacy Senior Communities.

Power has more than 30 years of experience in the healthcare and home health industries. She also has a personal connection to Legacy Senior Communities: her late father was a resident of Legacy Willow Bend, the company’s life care retirement community in Plano, TX.