Connell, who brings more than 17 years of leadership experience in not-for-profit senior living, will serve on the organization’s executive team to help drive the financial strategy behind the company’s mission, overseeing finance and accounting and leading IT strategy and operations.

Before joining Transforming Age, Connell was the CFO at Asbury Communities in Germantown, MD, where he led the development and execution of long-term financial strategies for almost a decade, with an annual budget of more than $250 million. His not-for-profit senior living experience also includes several years as the CFO at Ingleside Presbyterian Retirement Community in Washington, D.C., and Lourdes Residence in West Palm Beach, FL. Additionally, he brings previous experience in both for-profit senior living and as a healthcare auditor at Ernst & Young.

Connell succeeds Jerry Schoeggl, who served as CFO at Transforming Age for just over a year in a part-time capacity. Schoeggl will continue to play a significant role in shaping strategic financial initiatives for the organization as assistant treasurer.

Debra A. Cafaro joins PNC Board Of Directors

Debra A. Cafaro, chairman of the board and CEO of real estate investment trust Ventas, has been appointed to the PNC Financial Services Group Board of Directors.

“Ms. Cafaro brings extensive corporate leadership, knowledge and experience to PNC,” William S. Demchak, PNC’s chairman, president and CEO, said in a statement. “The composition of our board continues to evolve to address the anticipated director retirements next year, and Ms. Cafaro is a strong and welcome addition as we look to position PNC for continued growth.”

Having led Ventas for 19 years, Cafaro has been named one of the world’s best-performing CEOs for the past three years by the Harvard Business Review and one of the 100 most powerful women by Forbes. Her early career was in law.

Cafaro is chair-elect and serves on the executive committee of the Real Estate Roundtable, is a member of the Business Council and is on the boards of the Economic and Executives’ Clubs of Chicago, University of Chicago, Chicago Infrastructure Trust, Chicago Symphony Orchestra and World Business Chicago. She also is an owner and member of the management committee of the Pittsburgh Penguins, a National Hockey League team. Lenbrook in Atlanta has named David H. Williams Jr. (pictured) to the position of board chairman. In addition, Lenbrook welcomes two new members to its board, Caroline Duffy and Karen Renner.

Williams has been a member of the board of the nationally accredited life plan community since 2013. He brings to the chairmanship more than 15 years of experience as bond and underwriter’s counsel on financings for senior housing, healthcare facilities and universities throughout the country. He is an attorney with the Atlanta law office of Butler Snow.

Williams earned an undergraduate degree in political science from the University of Georgia and a doctorate in law from Mercer University School of Law. He is a member of the state bar of Georgia, the National Association of Bond Lawyers and the American Bar Association.

Duffy is a founding partner of Atlanta’s largest public relations agency, Jackson Spalding, and has more than 30 years of strategic marketing and public relations experience. She has served as a senior adviser for some of the agency’s largest clients, including Primrose Schools, Delta Air Lines, Publix Super Markets and Children’s Healthcare of Atlanta. Duffy also leads staff mentoring and culture development at Jackson Spalding and an international crisis communications consortium.

Duffy earned the Public Relations Society of America’s Silver Anvil for her work with the team that supported Atlanta’s bid for the 1996 Olympics. Early career stops included the Cobb Chamber of Commerce and Manning Selvage and Lee in Atlanta.

An Auburn University journalism graduate, Duffy also has served on the boards of St. Martin’s Episcopal School, Sophia Academy and Theatrical Outfit, where she remains in an advisory capacity.

Renner is North American chief information officer for Thales, a global technology company in the aerospace, transport, defense and security markets. She has more 25 years of experience in leading teams and deploying information technology.

Before workings for Thales, Renner served as vice president and CIO for Atlanta-based rolled aluminum product company Novelis. The Atlanta Business Chronicle named her among the Top 100 Technology Leaders in Atlanta in 2015, and the Georgia CIO Leadership Association named her Georgia’s CIO of the Year in 2013. Holtzclaw brings more than 15 years of senior living experience to the company, which owns and operates faith-based assisted living and memory care communities.

He joined the Navy right out of high school and served for 13 years. Following his return from Naples, Italy, he started working for a friend at a senior living community in South Carolina. He planned to spend 90 days in that position but said he ended up staying because of his connection to the residents. Since then, he has worked at several communities across the country in positions including healthcare administrator, senior director of sales and marketing, senior director of sales operations and traveling sales consultant. 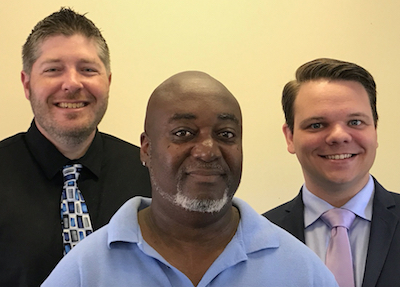 Waltonwood Ashburn, a boutique-style senior living community under construction in Ashburn, VA, has named three new people to its team.

They will play a strategic role in the community, which is expected to open before the end of the year and offer independent living, assisted living and memory care.

Frazier has more than seven years of experience in senior living, leading the sales and marketing initiatives in retirement communities and senior services companies. In these roles, he developed initial startup sales, created marketing strategic plans and managed all sales and business development operations.

He has volunteered for organizations such as the Alzheimer’s Association and the Parkinson’s Foundation.

Harder has more than 12 years of experience supervising and managing culinary operations. He spent his past two years as a chef de cuisine and executive chef in a senior living community, hiring and managing kitchen staff and designing menus on a weekly basis.

Before Harder began his career in senior living, he worked for 10 years in hospitality in supervisory and management positions where he oversaw and coordinated daily culinary operations, most notably as executive chef at steakhouses inside casinos. 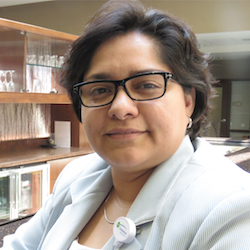 Aida has more than years of experience in the hospitality industry. Her experience includes managing financial results, menu and recipe development, staff training with a strong focus on customer service, food safety and cooking techniques. She also possesses strong teaching skills both in lecture and kitchen demonstration.

Prior to 2015, Aida worked at The Maryland Food Bank and a variety of hotels including Walt Disney World Resort in Orlando, FL.

She holds a bachelor of professional studies in culinary arts from the Culinary Institute of America in Hyde Park, NY. She is also a certified dietary manager, certified food safety manager and a certified ServSafe proctor/instructor. She resides in Mt. Airy, MD. Morelli has more than 16 years of experience in senior living and care, including assisted living and memory care, hospital care, home health and hospice. In her new role, she will be responsible for all aspects of the community’s memory care program, including care, services, dining, family communication and satisfaction, training, programming and regulatory compliance.

Early in her career, Morelli was wellness director and independent living nurse at The Fountains at Boca Ciega Bay, The Watermark at Trinity’s sister community in St. Petersburg, FL. Before joining The Watermark at Trinity, she served as director of quality services at Watercrest Senior Living Group, where she guided her team in delivering care and helping residents maintain their independence.

Morelli earned her an associate degree in professional nursing from Rasmussen College and is registered nurse in the state of Florida. She is CORE-certified by the Florida Assisted Living Association and is a certified dementia practitioner.

Denver-based It’s Never 2 Late has expanded its leadership team with the addition of Matt Miller as vice president of product development.

Most recently, Miller served as the Advisory Board Company’s managing director of healthcare technology product development. There, he was responsible for 16 SaaS products with more than $290 million in annual contract value, including analytics and advisory solutions designed to improve healthcare organizations’ business and clinical performance.

For almost five years, Miller was a development director for gaming company Electronic Arts. As program manager at EA Sports, he was accountable for on-time product delivery of the EA Sports MMA video game involving a staff of 80 development managers, programmers, artists and designers. Miller also was responsible for overseeing several other titles during his time at EA, including Madden NFL and Tiger Woods PGA.

He holds an MBA in information technology management from Touro University International in Los Alamitos, CA.

State Sen. Jeff Brandes received the organization’s Innovation Award for his efforts to support ride-sharing programs and champion technology for driverless cars in the future.

A second Innovation Award was presented to Jill Andrew, senior solution expert at Superior Residences of Brandon Memory Care, who discovered that residents with dementia drink more fluids from a red cup than from a cup of any other color. This finding led to the creation of a special red water bottle that won the Silver Award at the 2017 Pyramid Award Competition sponsored by Promotional Products Association International.

The Resident Care Director of the Year Award went to Kathleen Violette with Brookdale Winter Haven.

Kristen Dalrick, executive director of HarborChase of Palm Harbor, was presented with the Executive Director of the Year Award. John Cole, director of housekeeping at Lenbrook in Atlanta, has been named Environmental Services Director of the Year by ABM Healthcare Support Services, the nationally accredited life plan community’s long-time partner for hospitality and housekeeping services.

Each year, ABM selects one manager in each of its major service lines who is deemed to have demonstrated the highest standards of leadership and management skills. The award also recognizes a manager’s ability to be creative, flexible and focused on the well-being of customers and stakeholders.

“John’s hard work, dedication and attention to detail are just some of his many strengths,” said Mike McDaniel, Lenbrook’s vice president of community services. “He is always focused on customer satisfaction and looking for ways to improve.”