McDonald has been with HumanGood for 12 years, having first joined American Baptist Homes of the West in 2007. HumanGood said he has played an integral role in HumanGood’s growth and has driven innovation in financial operations.

McDonald received his MBA from the University of California, Los Angeles, and his undergraduate degree in economics and accounting from Claremont McKenna College.

In addition to running his own marketing and brand development agency, Benbenek recently was vice president of marketing and communications for Cape Fear Valley Health, an integrated, eight-hospital system with more than 75 locations across seven counties in North Carolina. He led the marketing team there for almost 10 years.

Benbenek earned a Bachelor of Fine Arts degree from State University of New York at Buffalo.

Carolina Lobo has joined Sunrise, FL-based home healthcare services franchisor Caring Brands International as executive vice president of people and brand of CBI and its subsidiaries, Interim HealthCare in the United States, Bluebird Care in the United Kingdom and Ireland, and Just Better Care in Australia.

Lobo has more than 25 years of talent and marketing experience in the health and services industries, having held leadership positions at Cigna, Aramark, T. Rowe Price and Bayada. She recently was chief marketing officer for Bayada.

“We will look to Carolina to help us elevate the end-to-end processes that support recruitment, people, brand and culture across the Caring Brands portfolio, all focused on the single goal of delivering better experiences for all,” said Jennifer Sheets, president and CEO of Interim HealthCare and CBI.

Lobo is an MBA graduate of the Kellogg School of Management at Northwestern University.

George Dubic is the new executive director for Maplewood at Cuyahoga Falls, Cuyahoga Falls, OH. Dubic has almost 17 years of service in nursing homes and for his new role transitions to assisted living.

Dubic is responsible for the day-to-day operations of the Maplewood Senior Living community, including the planning, development, implementation, evaluation and improvement of program services, management of staff, and the delivery of high-quality care and service to the residents and their families.

Dubic’s healthcare career included social services, admissions and marketing prior to his attaining a nursing home assistance license. He later ventured into operations management, where he spent 13 years in an Ohio nursing home. Dubic’s experience extends to multiple areas of acute and long-term care.

A former police officer and restaurant owner Wilson changed careers to senior living after taking care of his late father at home in hospice care.

Wilson was director of operations for three years at Luther Manor senior living community in Wauwatosa, WI, and joined New Perspective in November. He holds a community-based residential facilities administrators license from the Wisconsin Assisted Living Association and a Master of Arts in Counseling degree from Lakeland University in Sheboygan, WI.

Rebecca Mills has been named executive director at  The Pointe at Lifespring, an Integral Senior Living community in Knoxville, TN, specializing in assisted living and memory care.

Mills’ mother was the director of nursing at a local nursing home, which is where Mills discovered her passion for working with seniors. She attended East Tennessee State University and earned a degree in healthcare administration. Before joining The Pointe at Lifespring, Mills was executive director of a skilled nursing facility for 14 years and was an activity and social service director before that.

Her main responsibilities as executive director will include directing the community’s day-to-day operations and team management, as well as working with the management company, Integral Senior Living. In addition, she will supervise and oversee hiring all department leads and staff.

Park was managing director of Pacific Western Bank’s Healthcare Finance Group, formerly known as CapitalSource, where he managed the national lending healthcare practice and helped originate and underwrite more than $1 billion in healthcare loans. Before his role as managing director, Park also was a key member of CapitalSource’s healthcare team that acquired almost 200 healthcare facilities. He was responsible for negotiating the purchase agreement and securing debt financing for many of the properties.

Park’s other experience includes working as a consultant for 10 years at three professional services firms. He provided bankruptcy and turnaround consulting services for debtors and creditors in various industries, including the skilled nursing and senior housing sectors.

Park graduated with honors from the University of California, Los Angeles, with an undergraduate degree in business economics. He also earned his designation as a certified insolvency and restructuring adviser through the Association of Insolvency and Restructuring Advisors.

Yocum has more than 10 years of experience in customer service.

Yocum earned her undergraduate degree from the University of South Florida. 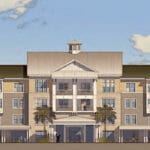