Lenhard had been serving as chief operating officer since July, and he succeeds Chris G. Spence, who retired Dec. 31 after for 28 years with the organization. Lenhard has experience of having worked in both the for-profit and the faith-based, not-for-profit sectors of long-term care, having previously held roles of administrator, executive director, director of operations and senior vice president.

Lenhard holds an undergraduate degree in psychology and a master’s degree in gerontology, both from Baylor University. He is licensed as a nursing facility administrator in Texas and is certified as a preceptor who has mentored several administrators-in-training. Rio has more than 30 years of senior executive experience, having operated and managed multiple senior housing portfolios, healthcare ventures and hospitality companies. He has worked with Omega as a consultant since August.

Most recently, as president of the LaSalle Group’s management company and executive vice president of the parent company, Rio provided executive leadership of the companies’ senior housing, assisted living and memory care management division for its 43-community, multi-state portfolio. Last year, he led the packaging, negotiation and completion of a 15-year sale/leaseback transaction involving a five-community portfolio with a publicly traded real estate investment trust. He also directed all preopening licensing and operations for 12 purpose-built memory care communities.

From 2000 to 2005, Rio served as COO for Southern Assisted Living. There, he provided profit and loss management and operations management for 46 senior care communities serving more than 3,000 residents. He managed the full integration of multiple operating budget systems, financial/investor reports and departmental policies/procedures for the acquisition and merger of a 30-property senior living portfolio. As SALI’s senior operations executive, Rio led the transformation of the company from an entrepreneurial start-up organization into a profitable operating company. Pierre Verger has been promoted to chief operating officer at Heritage Senior Living, based in West Allis, WI.

The move comes amid a growth period at the organization, which has added 10 people to the corporate team in the past year and plans to open a new community, Heritage Muskego — its 16th location — later this year.

Verger will focus on the company’s continued growth and development across the board. He also will place a priority on creating partnerships and relationships with other healthcare industry leaders as well as developing programs to bring residents’ experiences closer to resort-style living.

Verger joined Heritage Senior Living in 2016 and since has implemented an array of initiatives across the board, according to the company – from forming strategic partnerships with both local and international companies, to overseeing a $500,000 investment in technology improvements.

He has more than 20 years of experience in the hospitality and healthcare industries, including owning a four-star restaurant/hotel and overseeing operations for 26 nursing homes. Ryan Fischer has been promoted to vice president of business development at Tutera Senior Living & Health Care, based in Kansas City, MO.

In his new role, Fischer will continue to oversee managed care contracts and systems as well as be involved in reimbursement model changes oversight, corporate compliance, government relations, staff recruitment and development and care navigation and integration.

Previously, Fischer served as Tutera’s director of managed care and business development, where he helped increase the number of contracts awarded and put in place systems to enhance the company’s managed care process. In addition, Fischer worked with insurance companies in 13 states where Tutera operates a total of 47 facilities.

An 18-year veteran of the healthcare and senior living industries, Fischer has been with Tutera for seven years. He earned a master’s degree from Washington University School of Medicine in St. Louis. He serves on the Board of Directors for Truman Medical Centers Charitable Foundation, as the chairman of the Saint Luke’s Continuing Care Network Skilled Nursing Facility Payor Relations Committee, and on the Leawood Chamber of Commerce as government relations liaison. In her new role, she will be responsible for the operational and strategic initiatives of Care Dimensions’ HR and volunteer functions, including recruitment and orientation; compensation and benefits; talent management and development; HR information systems; retention and rewards; HR policies, practices, and compliance; employee relations and communications; employee events; diversity; workplace safety and security and oversight of the volunteer program.

Care Dimensions, founded in 1978 as Hospice of the North Shore, is the largest hospice in Massachusetts, serving an average of nearly 800 hospice patients and 150 palliative care patients each day throughout 90 communities. The organization has 500 staff members and more than 400 volunteers.

With more than 15 years of HR leadership experience, DiFiore most recently served as VP of HR for Home Health Foundation in Lawrence, MA. She is certified as a professional in human resources and is a certified professional of the Society for Human Resource Management. She is program director for the HR State Council of New Hampshire and is a member of the Greater Merrimack Valley HR Association.

DiFiore is a graduate of Worcester State University.

She has more than 20 years of experience in the senior living industry, is certified by the National Institute on Aging as a memory impairment specialist and is state certified in Massachusetts and Florida as an Alzheimer’s and related dementia trainer.

Bowe joined Harbor’s Edge in November and has more than 20 years of experience in sales, marketing and operations in the senior living sector. She has worked for several senior living communities in Virginia, Pennsylvania and New Jersey.

In her new role, Bowe oversees all sales and marketing efforts for the community, including the River Tower, Harbor’s Edge’s new 22-story retirement tower. She has a Master’s of Science degree in hospitality management with a minor in marketing from Widener University.

Parker joined Harbor’s Edge in December and has 20 years of experience working with older adults. She previously was the corporate marketing director for the Memory Support Center in Virginia Beach, VA.

In her new role, Parker is responsible for implementing sales and marketing relations strategies, including highlighting the community’s LifePlan program. Parker is a certified senior care adviser and board secretary of the Hampton Roads Alzheimer’s Association chapter. She has an undergraduate degree in business administration with a specialization in healthcare management. She attended St. Leo College and Old Dominion University.

Coulter joined Harbor’s Edge in January and has 11 years of experience as an information technology professional surveying, designing, installing, and maintaining computer systems and networks for commercial, non-profit and industrial companies. In his new role, he oversees and supports Harbor’s Edge’s network and computer systems. Coulter has a degree in computer science / information assurance from Indiana University of Pennsylvania. Rick Curtis has been hired as executive director for Integrace Buckingham’s Choice, a not-for-profit life plan community in Adamstown, MD.

A senior executive with more than 20 years of experience in the senior housing and healthcare industries, Curtis will oversee the day-to-day operations at Buckingham’s Choice as well as design and implement strategic plans for the organization.

Curtis comes to Buckingham’s Choice from Illinois, where he most recently was the health services administrator for Three Crowns Park in Evanston. He also held previous leadership positions with Winchester House, Hearthstone Communities and the Good Samaritan Group.

Curtis has an MBA and an undergraduate degree in business management from Northern Illinois University. Cynthia Kaysen has been hired as marketing director for Crestavilla, a luxury senior living community under construction in Laguna Niguel, CA, and expected to open early this year.

Kaysen’s responsibilities include leading community relations efforts, building the Crestavilla brand in Orange County and establishing and maintaining strategic partnerships. Kaysen comes to Crestavilla with more than 20 years of experience in senior care, healthcare and sales. 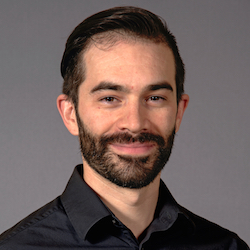 Jacob Harder has been named director of plant operations Timber Ridge at Talus, a life plan community in Issaquah, WA.

Harder will direct and supervise the activity of Timber Ridge’s maintenance department, performing skilled maintenance repairs and construction duties to ensure the safety and efficiency of the community. He also will consult with residents for any home remodeling projects.

Before Timber Ridge, Harder was maintenance supervisor at Greystar, a property management company in Seattle. There, he managed three communities and maintenance teams on several remodeling and capital projects. Celeste Saunders has been named home care administrator at Oak Crest, an Erickson Living retirement community in Parkville, MD. In this position, she will oversee the overall management and performance of the Medicare-certified home health agency and home support department.

Saunders has more than 26 years of nursing experience in long-term care, assisted living, home health and home support settings. During her nine-year tenure at Oak Crest, she has served in the leadership positions of home support clinical manager and home support manager.

Primrose Retirement Communities has announced several appointments across its portfolio of properties:

Solutions Advisors, based in Princeton, NJ, has acquired Trilogy Consulting and added two employees in the process. Solutions Advisors, founded in 2009 by Kristin Kutac Ward and Lauren Messmer, provides strategic marketing, sales consulting and creative services to senior living communities. The company formed Solvere Senior Living in 2012; Solvere focuses on community management and operations. With the acquisition of Trilogy, the three companies will now come under the umbrella of the “Solutions Advisors Group.”

In addition to Princeton, NJ, Solutions Advisors has offices in Richmond, VA, and a new office in St. Petersburg, FL, will be opening soon.

Ihrig received his medical degree and Master of Arts in molecular biology at the University of Nebraska. He completed residency in internal medicine at the University of Iowa, Des Moines, and his palliative medicine and hospice training at Stanford University. He is endorsed by the Center to Advance Palliative Care as a clinician-educator and has served as consultant to palliative care entities and accountable care organizations globally.

George has been medical director for Crossroads’ Cleveland location since 2011. During that time, he has led and educated physicians, nurse practitioners, nurses and hospice teams across all of Crossroads’ national locations.

George received his medical degree from Case Western Reserve University, completed his residency at Stanford University Medical Center, and is a board-certified radiologist. Wil Wong, AIA, has joined the KTGY Architecture + Planning Board of Directors. He is a principal based in the firm’s Irvine, CA, office.

Wong joined KTGY in 2000 and is responsible for overseeing the design development, production and construction phase of the high-density residential and mixed-use studio of KTGY’s Irvine office. He manages a multi-disciplinary staff of more than 40 architects, drafters and designers. The company is involved in many types of projects, including 55+, healthcare and hospitality.

He has almost three decades of experience in the field of architecture. He graduated with an undergraduate degree in applied mathematics from University of California, Irvine, and is a licensed architect in the states of California, Arizona and Colorado.