Hassinger worked with the Board of Trustees and Cornwall Manor’s management team to adopt the community’s first strategic plan in 1991 and has overseen numerous construction and renovation projects.

Stickler was hired in November 1988 as the vice president for finance and transitioned to executive vice president in January 2018. He is a licensed nursing home administrator and a certified public accountant. His background in senior living services began in 1982 with six years in various management positions at a large nursing facility.

Michael P. Gallagher is retiring as president, CEO and board of directors member of Gainesville, FL-based SantaFe HealthCare after 12 years in the role.

Gallagher joined SantaFe HealthCare in 2001 and served in executive roles before being named president and CEO in 2007. From 2001 to 2006, Gallagher was executive vice president and chief financial officer for both SantaFe HealthCare and AvMed with a variety of responsibilities, including financial and regulatory reporting, treasury, operations, strategic planning, and business growth and diversification. Additionally, he was president and a member of the board of directors responsible for Haven and SantaFe Senior Living and each of its retirement communities.

Before joining SantaFe HealthCare, Gallagher was a senior executive with Blue Cross of Northeastern Pennsylvania and an insurance specialist partner with Coopers & Lybrand in Columbus, OH.

Gallagher earned his BSBA degree with accounting honors from the University of Dayton. He is a licensed certified public accountant in Ohio.

Kleinsmith will oversee core operational functions, creating programs designed to drive excellence into community processes and supporting onsite teams, with the main goal of building environments where residents can thrive.

“My vision is to create the best management team possible to stabilize our existing communities and help grow our platform across the southern U.S. and Mid-Atlantic regions,” she said. BMG currently operates 20 communities throughout Alabama, Florida, Mississippi, Florida, Tennessee, South Carolina and Virginia.

The new COO is a member of the Women Business Leaders for the U.S. Healthcare Industry. She has served on the Alzheimer’s Association Board of Directors, the Virginia Coalition for the Aging and the Virginia Governor’s Commission on Alzheimer’s Disease.

Kleinsmith has an undergraduate degree in English and economics from George Mason University and is a graduate of the Harvard Business School Executive Education post-graduate program with a certificate in finance.

Heck will oversee new developments, sales, strategic growth and project development, and she will be the voice and spokesperson of the company. She comes to BMG with experience gained at Elmcroft Senior Living and Atria Senior Living.

Heck is a motivational speaker and author who earned her undergraduate degree in communications and finance at the University of Louisville. She serves on the board of the Kentucky Senior Living Association as chair of the education committee and is an Argentum ambassador.

She succeeds founder P.K. Beville at the 22-year-old organization that provides the Virtual Dementia Tour and other educational tools and programs meant to promote improved care of those living with dementia. Johnson’s focus for the year, according to Second Wind Dreams, will center around promoting the organization’s newest programs, the Family VDT, Inclusive VDT and Hospital VDT.

He will take the reins from Al Hamood, acting CEO, who will now serve as president.

Diab comes to ATI from Humana, where he was president of Humana Pharmacy Solutions. There, he was responsible for clinical, mail order, retail, specialty and service operations as well as contracting, sales and pharmaceutical sourcing.

Before Humana, Diab was COO of Brookdale from November 2015 to October 2017. During this time, he oversaw operations, sales, marketing, dining, home-health and hospice services offerings.

Diab has an undergraduate degree in pharmacy with a minor in business administration from Southwestern Oklahoma State University.

In his expanded role, Chrimes will continue to oversee all aspects of the company’s accounting functions while additionally providing counsel to the executive leadership team regarding financing, recapitalizations and overall capital strategy. He also will be a principal liaison with investors and lenders, as well as further developing those relationships to successfully launch new projects.

Chrimes joined The LaSalle Group in April 2018 as associate vice president and controller. For 26 years, he was chief financial officer and controller for Lattimore Materials Co., a privately owned investment firm consisting of multiple partnerships, trusts and real estate holdings in Texas and Mexico. Before his tenure at Lattimore, he was controller at Valley View Holdings and in financial leadership for various other industries.

A certified public accountant, Chrimes earned his undergraduate degree in accounting from the University of North Texas.

With more than 18 years of nonprofit fundraising experience, Herman will be responsible for leading the development team and directing all fundraising initiatives and campaigns. She will implement a strategic methodology with the aim of increasing donor engagement and raising organizational awareness in the philanthropic community.

A specialist in both internal medicine and geriatrics (as well as pediatrics), Desire will oversee individual resident care and the organization’s overall medical program.

Desire received his degree in osteopathic medicine from the College of Old Westbury in 1998 and continued his post-graduate training at Stony Brook University Hospital. After he completed his internal medicine and pediatric residency in 2003, he obtained his board certification in internal medicine.

Desire has been in practice for more than 15 years and is the founding physician of NAD Medical Services, a medical practice specializing in primary care and geriatric medical consultation. He is an attending physician at Brookhaven Memorial Hospital and a clinical instructor at Stony Brook University Hospital.

Amber Ralls has been promoted to senior executive director at Cleveland, TN-based Legacy Senior Living, which operates a family of senior living communities throughout the Southeast specializing in independent living, assisted living and memory care.

Ralls brings six years of increasing responsibilities with Legacy Senior Living to her new position. She joined Renaissance Assisted Living of Greene County and The Harbor at Renaissance as marketing director in 2013, earned certification as a licenced nursing home administrator in 2015 and was named the facilities’ executive director in 2017.

Julie Seifried has been named the executive director at Magnolias of Lancaster, a 38-bed IntegraCare memory care community in Lancaster, PA.

Seifried spent almost 30 years of her professional career teaching elementary education and early child development. After retiring from that career, she found a second career with Pittsburgh-based IntegraCare, which operates 10 senior living communities in Pennsylvania and Maryland.

She started in 2009 by working as activities director at The Woods at Cedar Run in Camp Hill. Later, she became director of independent living. She concurrently had the position of IntegraCare’s regional memory care director for several years, traveling to various communities to educate team members on how to support residents with dementia and Alzheimer’s disease.

Michelle Kraus has been named executive director at Ingleside at King Farm, a not-for-profit life plan community in Rockville, MD.

Before joining Ingleside, Kraus was vice president of operations for Vero Health Management, where she oversaw four long-term care facilities in Massachusetts and Georgia. Her career also includes an 18-year tenure as senior administrator of health at Arcola Health and Rehabilitation center in Silver Spring, MD.

Kraus is a graduate of the University of Maryland, College Park, and has a master’s degree in health services administration from George Washington University. She has maintained an active nursing home administrator license since 1997 and also holds certification as a preceptor to mentor and coach administrators in training.

Annie Pai has been named wellness director at Jackson Creek Senior Living, a independent living, assisted living and memory care community in Monument, CO. In the role, she will oversee health and wellness services throughout the community.

Pai has more than 15 years of experience working as a director at multiple senior communities throughout Colorado. She previously oversaw memory care services at Jackson Creek.

Pai previously worked for Valpak of Southern Colorado, Sunrise Senior Living and Silver Key Senior Services, all located in Colorado. In addition to having experience in community relations and supervisory roles for assisted living and memory care communities, she is a registered nurse with experience in patient care and clinical settings.

Pai began her senior living management career as the director of residential services for Silver Key Senior Services, a volunteer and outreach program for seniors based in Colorado Springs, CO.

She attended the University of Evansville in Indiana and has a professional advancement certificate in gerontology and reiki master teacher training.

Rachel Lahita has been named LifeStories director at The Pines of Mount Lebanon, an IntegraCare community in suburban Pittsburgh. She will work extensively with memory care residents of the senior living community.

Lahita has approximately a decade of experience in skilled care, including seven years as an occupational therapy assistant and four years as an activity director. She was instrumental in helping to establish a memory care program at a previous employer, according to IntegraCare.

Tonika McClain has been named director of dietary services at Residences at Chestnut Ridge, a community offering personal and memory care, independent living and respite care in Wallingford, PA.

In her new role, McClain will lead the 20+ person culinary team at Residences at Chestnut Ridge, serving daily meals to more than 150 residents and guests. She also will create and prepare menus for a variety of social events hosted regularly at the community.

McClain brings with her more than 20 years of experience in the senior living, hospitality and restaurant industries. She most recently worked for Morrison at University of Pennsylvania Hospital and Sodexo at Temple University. She also formerly was dining services coordinator for The Quadrangle, a Sunrise Senior Living independent living community in Haverford, PA.

McClain is a graduate of JNA Institute of Culinary Arts in Philadelphia.

Dan Plakatoris has been promoted to associate director of sales at Oak Crest, a Parkville, MD, retirement community developed and managed by Erickson Living.

He has worked at Oak Crest, a retirement community developed and managed by Erickson Living, for five years as sales manager. Previously, he was a customer relations representative for Baltimore Gas and Electric.

Plakatoris has an undergraduate degree in business and marketing from Towson University.

Venden most recently worked in an assisted living and memory care community where she maintained a nearly perfect 100% census for almost eight years in a highly competitive market, according to Watercrest  She is the recipient of several Sales Director of the Year awards. 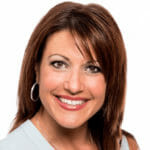