The appointment is effective March 27. Heffner will be responsible for management and oversight of the organization’s services and programs, as well as its overall vision.

Heffner spent the past 10 years as director of external relations for the University of Maryland Baltimore County’s Erickson School. Before UMBC, he worked as the first executive director of The Beacon Institute, LifeSpan’s educational arm, after it was launched in 1998. In that position, he supervised the development of The Beacon Institute’s Handelman Learning Center and established the Mid-Atlantic Wellspring Program, a quality-care improvement model.

LifeSpan, an Argentum affiliate, represents more than 300 senior living providers in Maryland and the District of Columbia that provide care and services to more than 45,000 seniors across the continuum of care.

Heffner succeeds Isabella Firth, who served as president of LifeSpan for 23 years. 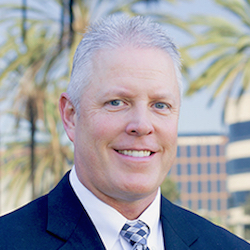 In this role, Fischer will be responsible for leading the execution of MBK Senior Living’s strategic operations plans, team building and leadership, as well as providing a key role in division’s ongoing growth.

Over the past 22 years, Fischer has held various leadership roles within the senior living industry. Most recently, he served as the executive vice president at Steadfast Companies, where he was responsible for growing the senior platform.

Fischer has served on the board of directors for the former Assisted Living Federation of America state affiliates in Florida, Georgia and South Carolina and has participated in several ALFA executive roundtables. Pascoe has been employed with NHI since June 2010, serving as the vice president of asset management until being appointed executive vice president of investments in January 2015. He will retain the latter title in addition to that of CIO. He is expected to play a strategic role at the senior living community, which is in the midst of a $36 million renovation and expansion project set for completion in the first quarter of next year. In addition to operations responsibilities at Edgemere, Argote will oversee completion of the community’s expansion, which will add more than 75,000 square feet to the community, including 35 new residences, eight new assisted living apartment homes, 12 new memory care suites and 15 new private skilled nursing suites. The community currently offers 304 independent living apartments, 60 assisted living apartments, 31 memory care suites and 72 private skilled nursing suites.

SQLC said it chose Argote based on his experience with luxury brands in the hospitality industry, leadership skills and attention to serving residents and guests. Argote managed Four Seasons Hotels properties in Canada, Mexico, Colombia, Costa Rica and the United States over a span of 30 years. He also held general management positions with Ritz Carlton and management positions with Westin Hotels. In his new role, Angell oversees all operations and staff management at the community, which serves more than 350 residents in residential living, assisted living, skilled nursing, memory care and short-term rehabilitation. He directs a staff of 175.

He is a licensed long-term care administrator and has an undergraduate degree in economics from the University of Minnesota, Minneapolis. He has been a member of LeadingAge Minnesota, the River Heights Chamber of Commerce and the Care Choice board. Shannon Alvey has been appointed executive director of Dominion Senior Living of Athens, Athens, TN. The faith-based assisted living and memory care community is set to open later this year.

Alvey has more than 20 years of experience working in healthcare, including managing clinics and employees across several locations. She will lead the assisted living and memory care community in all areas, including working with the community to develop partnerships and build bonds with the residents and family members to create a true home for all who live there. In her new role, Justus will lead the marketing and sales team to understand the individual needs and desires of area seniors and educate them about lifestyle and wellness options.

Justus brings leadership experience in senior living marketing and sales to the community, having previously worked as marketing director for Ardenwoods retirement community in Arden, NC.

Tammy Marshall, RN, to be honored by hospital at charity event

Proceeds from the event will support South Nassau’s emergency department expansion campaign, a five-year, $10 million fundraising initiative to help pay for a $60 million renovation of the ED. The expansion project will nearly double the size of the ED, providing space to accommodate a projected 80,000 patient visits each year as well as establishing dedicated areas for behavioral health and pediatric emergencies.

“Tammy has been a special friend to South Nassau Communities Hospital for a number of years and has shown tremendous dedication to our hospital and our mission,” said South Nassau’s president and CEO, Richard J. Murphy. “She has gone above and beyond for our patients and has helped raise awareness and funds for the work we do. We appreciate her support.”

Marshall and her team at Maple Point have raised more than $72,000 on behalf of South Nassau through multiple fundraisers she has organized over the past several years. This year, she expanded her efforts, launching a host of new events that have increased donations.

Marshall has more than 20 years of healthcare experience that includes 15 years as a critical care nurse at Southside Hospital in Bay Shore, NY. It was during that time that Marshall developed an inclination for healthcare administration, especially in long-term senior care. After serving as a manager of assisted living residences based in San Francisco, as well as on Long Island, she was named executive director of Maple Pointe.

In addition to her responsibilities as executive director of Maple Pointe, Marshall serves on the board of directors as well as executive committee of the New York State Center for Assisted Living. Under her leadership, Maple Pointe is a two-time recipient of the Innovative Practice Award for long-term care providers in New York, receiving the award for excellence in staff retention and for implementing a program designed to reduce the incidence of falls among senior citizens.