Dale Surowitz has been named the CEO and president of Los Angeles Jewish Home. He will lead a planned rapid expansion of services throughout Los Angeles County with a goal of serving 10,000 older adults by 2025.

Surowitz formerly had been CEO of Providence Cedars-Sinai Tarzana Medical Center since 1997. There, he led the hospital’s transition from an investor-owned, for-profit institution to a not-for-profit, faith-based facility. He also piloted the launch of a $600 million campus replacement project, which is expected to be completed in 2022. Additionally, Surowitz was instrumental in establishing a joint venture relationship with Cedars-Sinai Medical Center for the Tarzana campus.

Mary “Molly” Forrest, who has led LAJH’s growth and direction as CEO and president for 24 years, now will focus on expanding advocacy efforts, community advancement and fundraising as president of the Jewish Home Foundation.

Forrest became president of the California Chapter of LeadingAge in July. She also was named to the 2020 McKnight’s Women of Distinction Hall of Honor and formally will be inducted on July 28.

Founded in 1912, today, LAJH has a staff of more than 1,600 and an annual budget of $160 million. The largest single-source provider of senior housing in Los Angeles, LAJH is home for more than 1,200 women and men who live on four campuses covering 21 acres. Housing options include independent living, residential care (assisted living), skilled nursing care, short-term rehabilitation and Alzheimer’s disease and dementia care. Locations include the Reseda-based Eisenberg Village, Grancell Village, Fountainview at Eisenberg Village, and Fountainview at Gonda Healthy Aging Westside Campus in Playa Vista. Senior housing is but one component of LAJH, however.

The Village on the Isle board of trustees has announced that Douglas Feller was selected as CEO at the Venice, FL, community, succeeding Joel Anderson, who stepped down earlier this month.

Feller was hired by Anderson in 2016 and promoted throughout his time to help support the retirement community’s growing operation and multi-million dollar capital projects. He was promoted to chief operating officer in 2018.

Before joining Village on the Isle, Feller was vice president of health services for a similar-size continuing care retirement community in Spanish Fort, AL. He also worked at Plymouth Harbor in Sarasota, overseeing special projects.

Feller is a licensed home administrator. He earned his undergraduate degree in healthcare management from the University of Alabama and an MBA from Saint Leo University.

Stacy Cromer, a long-term care professional with more than 15 years of experience in administration, has been appointed vice president of Life Care Centers of America’s Central Division.

Cromer most recently was vice president of Central Division’s Hoosier Region, with prior experience in a similar position with the Crossroads Region. The Central Division consists of 34 facilities — 15 in Indiana, seven in Kansas, 10 in Missouri and two in Nebraska.

Life Care is a nationwide healthcare company headquartered in Cleveland, TN. The company manages more than 200 nursing, post-acute and Alzheimer’s centers in 28 states.

Gray has more than 30 years of experience in media, marketing, sponsorship and communications. For the past 16 years, she has run her own consultancy, working with startups and Fortune 500 companies in a variety of industries. Prior to launching her own firm, Gray was head of sponsorship marketing for Sesame Workshop, parent company of the Sesame Street brand.

Tchida, with more than three decades of experience caring for older adults in the region, previously was program director at Pinewood Duluth. Before that, he worked for the Benedictine Sisters for 32 years as director of the Benedictine Living Community’s Westwood and Marywood assisted living communities.

Werthman’s career working with older adults began more than 27 years ago, and he has since held positions in Texas, Florida and North Carolina as a licensed nursing home administrator. He also is a 15-year certified assisted living director in Texas.

Buckner Parkway Place in Houston is a 15-acre community serving senior adults with a complete continuum of living and care on-site.

Missouri-based The Baptist Home’s corporate office has announced that Derek Tamm has been selected to serve as the acting administrative coordinator for its Ashland, MO, campus. He replaces founding Administrator Steve Long, who has retired after six years.

Tamm will oversee daily operations at the Ashland campus, as well as a Phase 1 construction project that includes independent living apartments, assisted living and intermediate care homes, and the Duke-Nelson Chapel.

Tamm earned an undergraduate degree in history and chemistry from Hanover College in Indiana. He earned a master of divinity degree from Covenant Theological Seminary in St. Louis, MO, and pastored a church in Indiana. He and his wife, Nathania, and their three young children reside in Boonville, MO, and are part of a house church that meets in their home.

Tamm began his career with The Baptist Home in 2018 as the central region advancement officer to help lead the We Are Called Capital Campaign for the Ashland project. Over the past two years, he has met with many donors and Missouri Baptist churches across the region to build awareness of The Baptist Home ministry as well as campaign support.

Long served a short time on The Baptist Home Board of Trustees before assuming the role of founding administrator of the new Ashland campus in 2014. Under his leadership, The Baptist Home – Ashland opened its doors and welcomed its first residents in June 2019 after the first seven independent living duplexes were completed last spring.

Heffernan is the practice leader for the firm’s market study service line, which has produced more than 350 market studies for providers across the nation since its inception 10 years ago. She is part of a national senior housing task force dedicated to advancing the standards for market studies and analysis.

Boss is an analyst on the market study team who specializes in turning market information into actionable insights and data-driven recommendations for clients’ development projects. He earned an undergraduate degree in economics from Michigan State University.

DeHenau is a program manager with the PMLF team. He leads the planning and implementation of capital programs.

DeHenau earned two undergraduate degrees, in civil engineering and architecture, from Lawrence Technological University. He is a LEED-accredited professional. 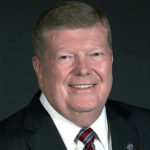 People in the news, June 30