Bolt has more than 25 years of industry experience. Before joining Altum, he worked for 16 years at Newton, MA-based Five Star Senior Living. At the beginning of his career in senior living, Bolt worked for Marriott Senior Living and Sunrise Senior Living.

The new position coincides with the company’s short- and long-term development initiatives, including its expansion into eastern Iowa and western Illinois this summer. The organization July 1 will begin managing select Genesis campuses as part of WellSpire, the entity it formed in partnership with Genesis Health System of Davenport, IA. WellSpire, in which WesleyLife has a majority stake, also is developing a senior living community in Bettendorf, IA.

Dallas-based Capital Senior Living on Monday announced the appointment of several operationally focused professionals to new roles within the company.

Carole Burnell was promoted to vice president of operations for the company’s Southwest Regional Operating Center, which includes communities in Arizona, California and Texas. In this capacity, Burnell, who is based in Dallas, will support growth and performance throughout the ROC through goal-setting and operational directives in line with corporate objectives.

Burnell has spent 15 of her 22 years in the senior housing arena at Capital. Most recently, she was regional operations manager, overseeing the Dallas/Fort Worth, TX, area.

Rooamak “Romie” Galvan, who previously spent three years as executive director for The Waterford on Cooper community in Arlington, TX, was appointed regional operations manager of eight West Dallas/Fort Worth, TX, communities. She has 25 years of industry-related experience and is based at the corporate headquarters.

Sam Payne was promoted to regional operations manager of the nine communities in Capital Senior Living’s Mid-Cities Dallas/Ft. Worth areas and will lead sales and operations in the region. Payne has worked for six years, most recently as executive director at the Meadow Lakes community in North Richland Hills, TX. Payne’s office will continue to be located at that community.

Gina Nance will oversee operations at seven Capital Senior Living communities in her new role as regional operations manager of East Dallas communities. A 13-year company veteran, Nance was promoted to this position from her long-time position as executive director at Spring Lake in Paris, TX. She will work from that community.

Linda McAlister was named regional operations manager for nine California, Arizona and Texas communities. With 15 years of experience at Capital Senior Living, and 25 in the senior living, McAlister most recently was a regional sales manager. She is based at the Walnut Creek Assisted Living & Memory Care community in Mansfield, TX.

She comes to WesleyLife from MercyOne Newton, formerly Skiff Medical Center, where, as a senior director, she was responsible for all aspects of information technology.

In addition to serving as a senior leader the past seven years, Wentz’s background has involved positions as a registered nurse. She has a master’s degree in nursing and her degree also includes an Informatics specialization from Walden University.

The board of directors at West Des Moines, IA-based Lifespace Communities has elected Paula Shives as its new chair. A 14-year member of the Lifespace Board, she succeeds outgoing Chair E. LaVerne Epp.

Lifespace is the nonprofit owner and operator of 12 retirement communities across seven states. The organization recently executed an affiliation agreement with Texas-based Senior Quality Lifestyles Corp. Upon closing, three SQLC communities as well as SQLC’s management company, Seniority, will join the Lifespace organization.

Shives joined the Lifespace Board of Directors in 2005 and previously was chair of the board from 2011 to 2013. Before retirement, she was senior vice president, secretary and general counsel for Darden Restaurants, the owner and operator of the Olive Garden, LongHorn Steakhouse and Yard House restaurant chains. Before that, she was general counsel and served in other in-house counsel positions for Long John Silver’s Restaurants and its predecessor, Jerrico Inc.

Shives has a Bachelor of Arts degree in psychology from Western Kentucky University and a law degree from the University of Kentucky College of Law.

Hull formerly was senior vice president of consulting. With the promotion, he joins the company’s executive leadership team and will lead a nationwide consulting practice serving all 50 states.

Hull’s background includes more than 25 years of post-acute operations management experience. He received a Bachelor of Arts degree in business administration from the University of Minnesota and a Bachelor of Science in Business Administration degree from the Carlson School of Management.

After graduation, Hull earned a nursing home administrator license for both Illinois and Wisconsin before entering the senior- and long-term care industry. He joined HDG in 2013. 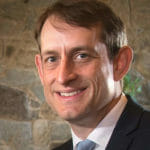