In her new role, Formica will provide financial, technical and administrative leadership to the Masonic Villages and other Masonic entities. She also will serve as a board member and treasurer for: Ashlar Creative Solutions, PA Acacia Insurance Co. (Vermont Captive) and Acacia Services.

Formica most recently was the vice president of mission development for Ashlar Creative Solutions, a division of the Masonic Villages. She had been responsible for providing strategic, financial and operational support to Ashlar Creative Solution’s clients and to Masonic Villages by identifying, evaluating and assisting with the implementation of strategic business solutions.

Formica was previously employed by Masonic Village at Elizabethtown as assistant controller and by Brethren Village, Lititz, as vice president of finance.

Licensed as a certified public accountant, Formica also is a member of the Pennsylvania Institute of Certified Public Accountants and has spoken at local, state and national senior living conferences. She has an undergraduate degree from Elizabethtown College. 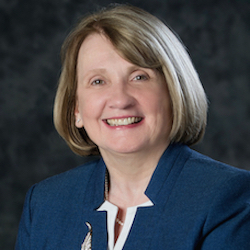 Susie Stangroom has been named vice president of operations at Scottsdale, AZ-based Cadence Senior Living. In her new role, Stangroom will be responsible for the operations of Cadence’s West Coast portfolio.

Before joining Cadence, Stangroom was head of operations at Westmont Living, where she was responsible for the operations of Westmont’s entire portfolio. She also previously held operational roles at Atria Senior Living and Episcopal Senior Communities. 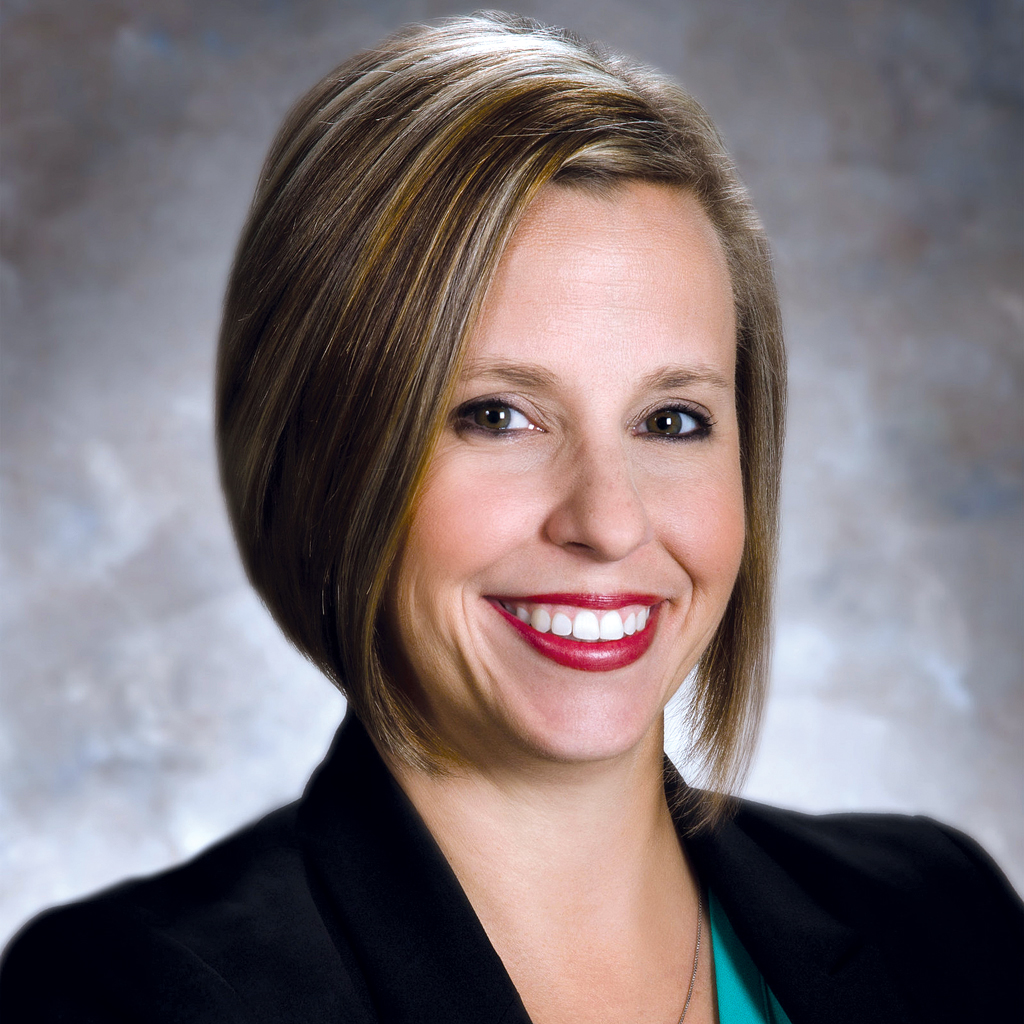 Skinner brings almost 20 years of senior living experience to Watercrest, having previously been an executive director in independent living, assisted living and memory care. She most recently led the opening, development and operations of multiple Watercrest communities as director of operations. 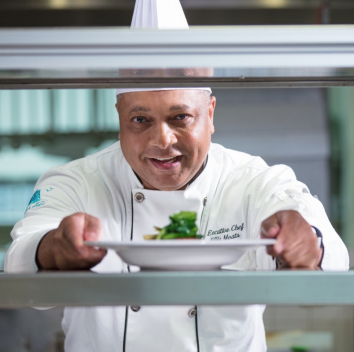 Executive Chef Willie Moats has been promoted. In his new role, he will oversee all dining venues at the community, including those in higher levels of living and new venues coming with the River Tower expansion.

Moats brings more than 30 years of experience to Harbor’s Edge. He previously worked for eateries such as 456 Fish, The Princess Anne Country Club Timbuktu and Byrd & Baldwin.

Also at Harbor’s Edge, John Huber has been appointed director of dining. He brings more than 25 years in the restaurant and hospitality industry, including working with Moats to open Norfolk’s 219 Bistro.

Huber most recently served as assistant general manager at McCormick and Schmick’s in Virginia Beach, VA. 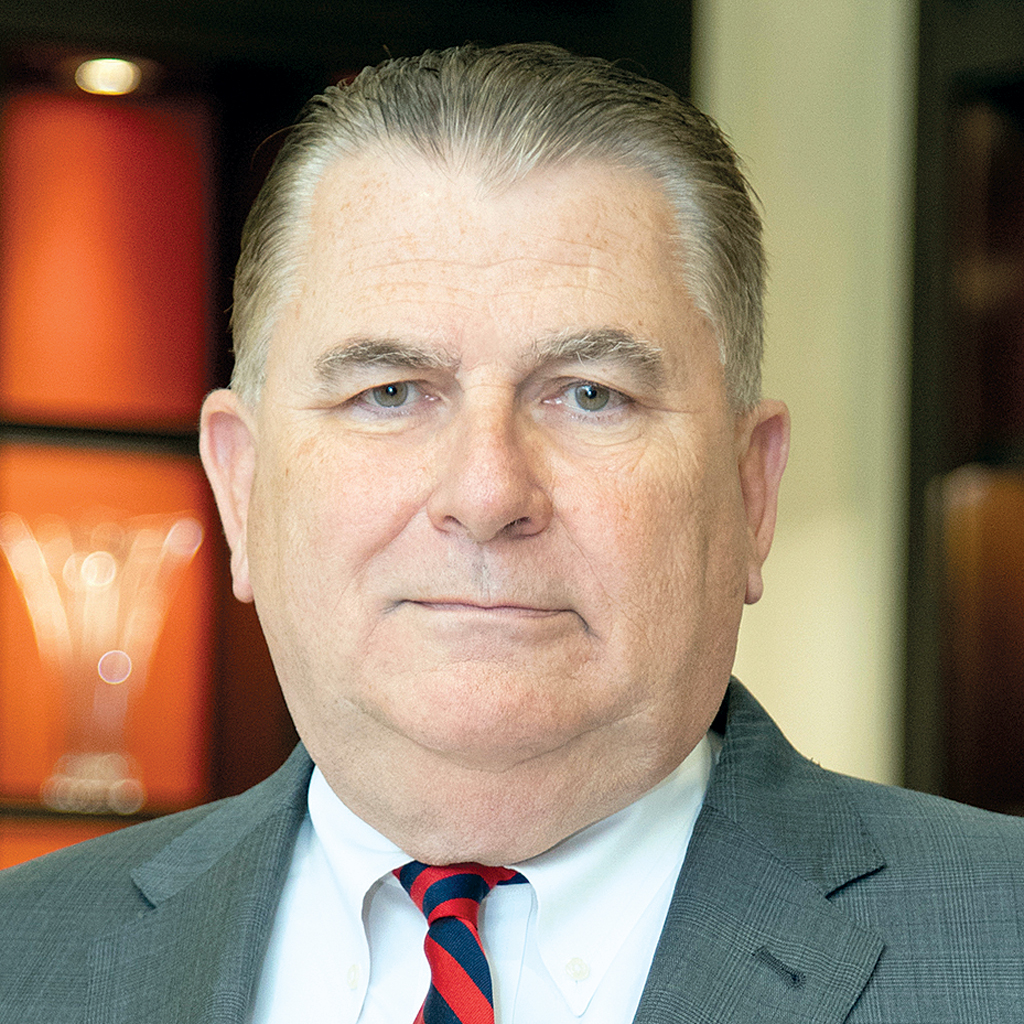 In his new role, Kropp is responsible for the development and implementation of all human resources policies and procedures, as well as recruitment, talent and professional development and benefit management for more than 4,500 employees working for six operating entities. 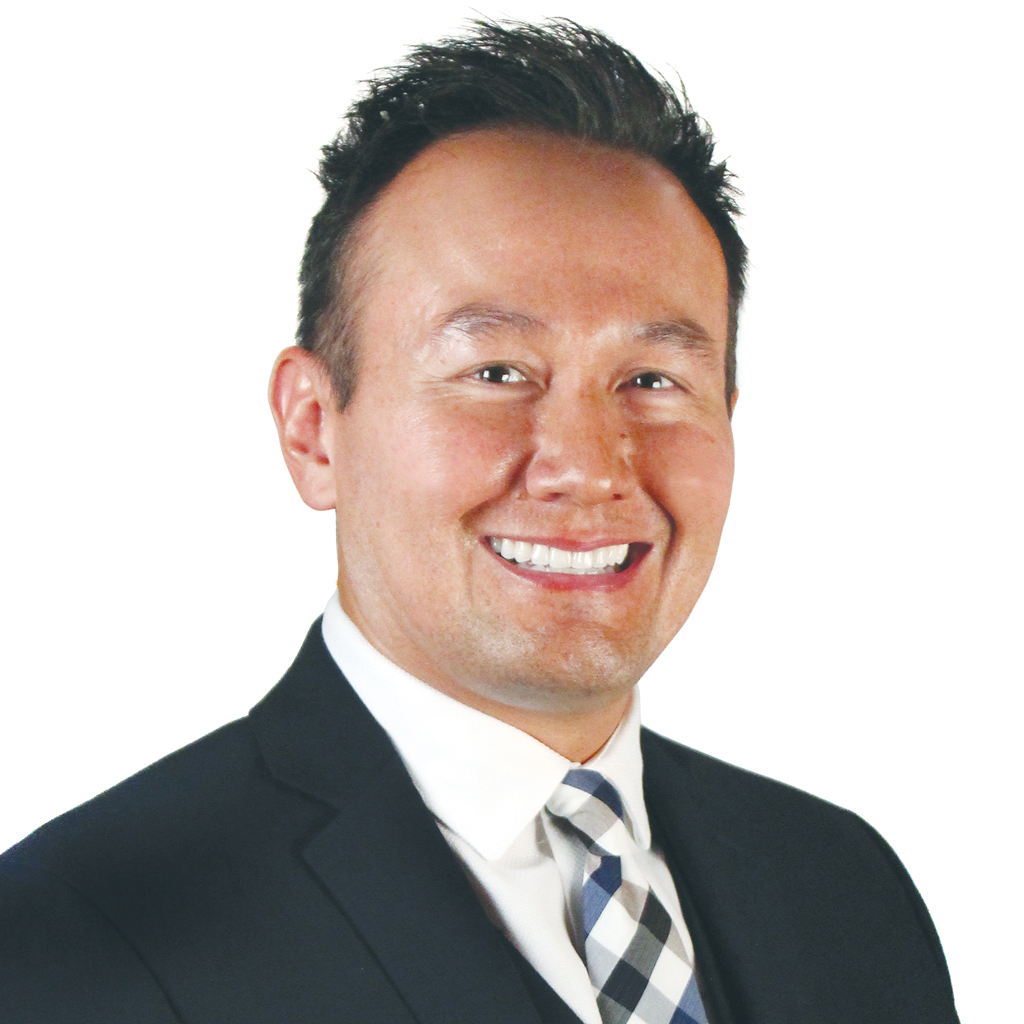 In his new role, Burgess will lead Tutera’s clinical teams to oversee policy, training and protocols to help ensure the highest quality of care for residents.

Burgess previously served as corporate medical director overseeing Tutera’s community-based medical directors at the 47 communities in 13 states currently operated by Tutera. Before joining the Tutera staff, he was a consulting physiatrist.

Burgess recently was nominated president of the Kansas Medical Directors Association and serves as a member of the Leadership, Membership and Innovations Committee for AMDA – The Society for Post-Acute and Long-Term Care Medicine, where he was asked to help introduce legislation to address the opioid crisis. He also was invited by the Kansas Board of Governors to participate in an opioid task force to combat the opioid epidemic representing the skilled nursing and long-term care factions.

Additionally, Burgess was invited by the Centers for Medicare & Medicaid Services to participate in an initiative called Patients Over Paperwork. The initiative directs federal agencies to cut red tape and remove regulatory obstacles that get in the way of healthcare providers spending quality time with patients and residents. Burgess will offer recommendations from the post-acute and long-term care perspective.

Burgess also a part of a select group invited by cloud-based electronic health records company PointClickCare to collaborate with PCC designers and architects on new applications and functionality for practitioner engagement to enable person-centered care.

He has three undergraduate degrees — in biology, chemistry and psychology — from Baylor University, and a Master’s in Healthcare Administration degree from St. Matthews University School of Medicine. Burgess completed his clinical training at the Cleveland Clinic and completed his residency at Marianjoy Rehabilitation Hospital, part of Northwestern Medicine in Chicago. 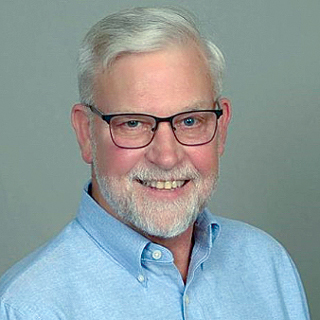 Loma Clara Senior Living, an Integral Senior Living-managed community under construction in Morgan Hill, CA, has named Tim Batton as its executive director and Renee Lukenbill as director of sales and marketing.

Batton brings more than a decade of experience in senior community leadership and more than 30 years in operations management, including community development, nonprofit and senior living management. He most recently led Integral Senior Living communities in San Diego and Angels Camp, CA.

Batton also was part of the inaugural class in the Senior Living Certification Commission’s Certified Directors of Assisted Living program.

Lukenbill has spent the past decade in the senior living industry, beginning 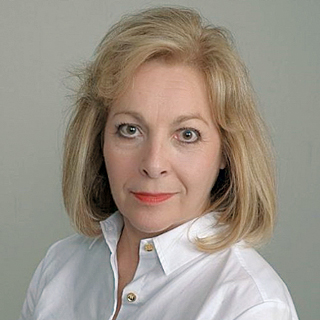 with Emeritus Senior Living (now Brookdale Senior Living) as director of sales and marketing. Most recently, she spent the past four-and-a-half years as the director of sales and marketing for Merrill Gardens in Gilroy, CA. Lukenbill also has worked at Westmont of Morgan Hill in the same capacity to open its new community, which achieved 100% occupancy in the first year.

She holds a Bachelor of Arts degree in interdisciplinary studies and business from California State University, Sacramento. 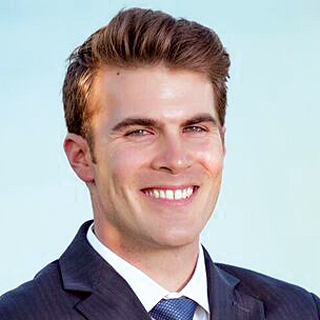 Eric Adolph has been named executive director of Juniper Communities’ Lakewood Reserve in Lakewood, CO. In his new role, Adolph will strive to enhance the quality of life of the residents, their families and associates through the implantation of Juniper’s signature programs.

“We look forward to Eric overseeing and leading the renovation effort and associates at Lakewood Reserve,” said Lynne Katzmann, CEO and Founder of Juniper Communities.

Adolph holds an undergraduate degree in gerontology from the University of North Texas.

Megan McGinnis to continue as executive director of Applewood Place Megan McGinnis will continue as executive director of Applewood Place, an assisted living and memory care community in Lakewood, CO, which Juniper Communities assumed management of earlier this year.

“Megan has proven herself to be an exceptional executive director who is able to inspire and lead the associates at Applewood Place,” said Lynne Katzmann, CEO and founder of Juniper Communities. “We welcome her remaining at the helm and look forward to gaining insight from her inspirational ways.”

She holds an undergraduate degree in human development and family studies.

In his new role, Guanio will be tasked with building cohesive and skillful teams to ensure the care and well-being of all residents and their families.

He has 15 years of experience in sales and marketing, as well as 10 years as an executive director in assisted living. He previously worked at Atria Senior Living and received the highest regional scores in customer and employee satisfaction, deficiency-free state surveys six years in a row and was appointed to the company’s Canadian Integration Team. 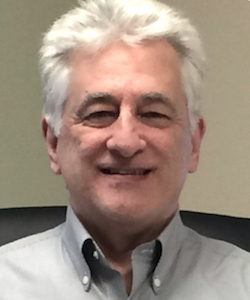 Joseph Pisano has been named director of finance at Cedar Crest, an Erickson Living retirement community in Pompton Plains, NJ.

Pisano brings more than 20 years of experience in finance and healthcare to his new position, including positions in assisted living, acute and long-term care and the continuing care environment. He has spent the past 11 years in healthcare quality improvement, working on initiatives for the Centers for Medicare & Medicaid Services.

Pisano has an undergraduate degree in accounting from Saint Peter’s University. 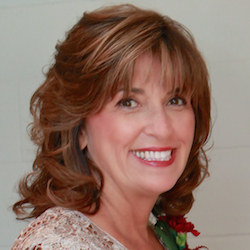 Maura Capriccio has been named director of sales and marketing at the memory care assisted living community Wingate Residences at Weston in Weston, MA.

Capriccio has been with Wingate Healthcare since 2015, formerly serving as director of sales and marketing at Wingate Residences at Brewster Place, an assisted living community on Cape Cod.

Before Wingate, Capriccio worked for an assisted living community in Acton, MA, as director of marketing, a position she held for seven years. Capriccio also spent 14 years as a financial adviser specializing in long-term care and estate planning, where she helped seniors and their families navigate their long-term care needs.

Capriccio has more than 18 years of experience as a primary caregiver for her parents, in-laws and other aging family members, which she said has helped shaped her passion and care for the elderly.

She is a graduate of Northeastern University. Laurie Gaines has been named the senior sales and marketing director at The Residence at Watertown Square, an LCB Senior Living independent living, assisted living and memory care community in Watertown, MA.

Gaines has worked in the Watertown market for LCB Senior Living since 2016. She previously served as director of admissions at The Carroll Center for the Blind.

Montague brings 18 years of industry experience to Hammond Glen Retirement Community. She has served in management level positions at senior communities in Georgia since 2000.

Montague graduated from Broward College in Fort Lauderdale, FL, with a focus on healthcare administration. She also studied at the Institute for Medical Services in Stone Mountain, GA.

Johnstone has more than 30 years of experience working in family and senior care. In his new role, he will provide medical oversight to Eastcastle Place.

Johnstone is a certified medical director through AMDA-The Society for Post-Acute and Long-Term Care Medicine and most recently worked for Columbia St. Mary’s Glendale Clinic.

In her new role, Viegut will be providing leadership and operational oversight to Eastcastle Place, working closely with all departments to ensure that high standards of care. Most recently, she directed a 150-bed health center in West Allis, WI.

Viegut is a licensed nursing home administrator in Wisconsin and has a degree in healthcare administration. 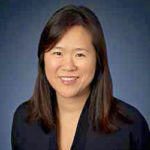