Sawicki has worked alongside NSC for 15 years at Erickson Living, where he formerly was senior director for corporate affairs. In that role, he was responsible for managing federal, state and local government and community affairs across the country.

Sawicki began his career in the U.S. Senate before working for several other organizations, including a Washington, D.C., lobbying firm.

Tyler most recently was director of financial planning and analysis for Erickson Living, where he was responsible for overseeing the financial modeling and new development group. He also oversaw the pre-construction group, which developed in-house bid analyses and construction cost estimates. He received the Erickson Leader of the Year Award in 2015.

Before joining Erickson Living, Tyler worked for a real estate investment trust in Washington, D.C. There, he was responsible for developing project budgets and valuations for commercial lease transactions in both the private and federal government sectors. He began his career working for a civil litigation law firm in Boston.

In her new role, she will lead strategic initiatives to manage the group’s insurance programs to optimize coverage options. She also will develop, implement and maintain the company’s risk management program for all community and corporate locations.

Morimoto comes to the joint venture after more than eight years at Propel Insurance. She previously was vice president at Marsh Services and also worked at the Partners Group.

Tracey Harvey has been named vice president of marketing and strategic planning for the Northwest region for Scottsdale, AZ-based Cadence Living.

Harvey will be responsible for marketing strategy of Cadence Living’s portfolio of senior living communities in the Northwest region, including the launch of Cadence at Kent–Meridian in the Seattle area.

Harvey has published more than 30 articles and also has created senior fitness videos such as “The Groovy Granny.” She will be based in the Seattle area.

Ricardo Romero has been named executive director at Drake Terrace, a Kisco Senior Living community in San Rafael, CA. He will oversee the daily operations of the community.

Romero brings more than 13 years of senior living experience to his new role. He had held multiple positions in senior living communities across the Bay area, including business office manager, concierge manager and activities director. He previously was the resident relations director at Byron Park, a sister community to Drake Terrace.

Both Waterstone communities were created by EPOCH Senior Living and National Development.

Kaufman has more than 25 years of experience serving in the senior living industry. Before joining Waterstone, she was the executive director of senior living communities in Stamford, Wilton and Woodbridge, CT.

Kaufman is a licensed nursing home administrator.  She is affiliated with the Senior Provider Network of Greenwich, Partners in Elderly Services of Stamford and the Alzheimer’s Association of Connecticut.

Minichini has more than 15 years of experience in the senior living industry. Before joining Waterstone, she was the executive director of a senior living community in Westbury, NY. She began her career in senior living after returning to the United States from Prague, where she was an economic development consultant.

Minichini has been an executive director at several facilities in the Northeast, including in Westchester, Long Island and Portsmouth, RI.

In her new role, Philpott will be responsible for all aspects of internal and external sales and marketing.

Jessica Zander has been promoted to executive director of The Springs at Grand Park, an independent living, assisted living and memory care community in Billings, MT. In this role, she will oversee all aspects of the senior living community.

Zander’s appointment follows her completion of the company’s Executive Director in Training, or EDiT, program, designed to prepare high-potential employees for the responsibilities of an executive director, including upholding the company’s standards for serving residents and exemplifying the value-based culture.

Zander joined The Springs Living in 2016 as a receptionist and also has held the positions of business office manager and director of community relations.

Zander has an Associate of Science degree in accounting from Dawson Community College in Glendive, MT.

Karly Sarvis has been named the new health services administrator at Landis Homes in Lititz, PA. She is responsible for the coordination and delivery of programs and services for residents in the personal care and healthcare households, and she provides direction for assessment coordinators, medical records, life enrichment and therapeutic services.

Landis Homes, an affiliate of Landis Communities, is a not-for-profit retirement community that is home to more than 850 people.

Carroll is the former director of investments for American House Senior Living. He previously was director of underwriting for the firm’s affiliate and has closed more than $1 billion in senior housing investments since 2008. During his 15 years with the firm, he managed underwriting, due diligence, closings and recapitalizations across a variety of real estate asset classes.

Carroll is a chartered financial analyst and a member of Urban Land Institute. He is an American Seniors Housing Association Rising Leader.

Margo Buda, R.N., clinic nurse manager for Knollwood in Washington, D.C., has been recognized as an extraordinary health caregiver with the receipt of a 2020 Annual Ceca Award from the Ceca Foundation.

Buda has been with the life plan community for seven years, working in the independent living neighborhood as the clinic nurse manager for residents. During the pandemic, she assumed more responsibility, leading the team responsible for administering ongoing COVID-19 testing to residents and staff. She helped implement the new universal testing program.

Buda is one of three recipients of the award, which comes with a $2,500 cash award and a commemorative trophy.

Wade previously was assistant secretary for housing and federal housing commissioner commissioner at the FHA, where she was responsible for carrying out the agency’s mission of providing affordable housing for moderate and low-income households, implementing enhanced risk management for its $1.4 trillion portfolio, and leading more than 2,400 employees.

Before joining the FHA, Wade was associate director at the White House Office of Management and Budget, where she led budget oversight for six executive branch agencies with a focus on financial services, including HUD and multiple independent agencies. She also held senior roles in Congress, including deputy staff director for the Senate Committee on Banking, Housing and Urban Affairs, and for the Senate Committee on Appropriations.

Sparks will be responsible for sales leadership, revenue acceleration across all customers, and expansion into complimentary verticals. He will continue to play a strategic role in marketing and business development.

Sparks has been with the company for five years, starting as senior director of business development. Before joining Prime Care Technologies, Sparks was the director of sales at electronic records vendor SigmaCare, which was acquired by MatrixCare in 2017. Prior to that, he served in various leadership roles with Novartis Pharmaceutical and Abbott Labs. 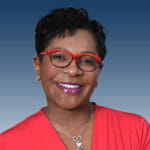