People in the news, May 19 - Companies - McKnight's Senior Living

Harshfield brings more than 30 years of financial experience to the role, 15 years of which have been spent in senior living. During his career, he has held executive leadership positions in four senior living organizations, with a focus on developing and implementing strategic plans, integrating technology systems, securing financing for critical development projects and providing recommendations for acquisitions, divestitures and new business lines.

Harshfield will succeed long-time CFO Larry Smith, who is retiring after serving Lifespace for more than 17 years.

“Larry is the epitome of a servant leader, having delayed his retirement to serve as interim president and CEO in 2019 in addition to his CFO responsibilities,” Lifespace Communities President and CEO Jesse Jantzen said.

Alexander’s professional life began with her first nursing home administrator position in 1995. After 11 years as an administrator with organizations such as Life Care Centers of America, Kindred Healthcare and Mariner Healthcare, Alexander was promoted to regional director of operations with SunBridge Healthcare in California and Colorado.

Alexander spent the past eight years at Preferred Care, where her leadership role expanded to oversee 61 facilities in nine states. Over the course of her career, Alexander has held numerous roles in reimbursement and managed care.

Discovery Senior Living has named Jeff Floyd the new vice president of operations. He joins the company after working the past five years at Chicago-based Enlivant, where he held a divisional role as senior vice president of operations. The move is intended to support Discovery’s continued portfolio growth as well as the enhancement of the company’s lifestyle and care services for residents as part of its new “Experiential Living” philosophy.

In his new role, Floyd will depend on his ability to foster collaboration and cross-functional performance, which Discovery said will be integral as the company focuses on designing and deploying new programs to create optionality and deeper personalization of resident experiences.

Floyd began his career at ManorCare, where he became a regional and then national vice president before serving multiple senior living providers in a variety of leadership roles. Most recently, he was responsible for leading nine regional teams at Enlivant, which together managed 105 communities. Throughout his tenure, occupancy in his division grew from 62% to 89%.

Matthews, assisted living administrator at UMC at Pitman since 2011, will assume oversight and management of the entire senior living community. She brings more than 19 years of experience in diverse settings within long-term healthcare administration, including past positions as an assisted living coordinator, executive director, community relations director and business office manager.

Matthews has an undergraduate degree in human services from Purdue University Global and is a certified assisted living administrator.

Schwarzkopf has 35 years of experience in long-term care. She has an undergraduate degree in social work from Stockton State University and is a licensed nursing home administrator. Her expertise includes strategic planning, resident satisfaction, recruiting, hiring, training, occupancy, budgeting and nursing operations.

Ann Roller returned to the organization to serve as executive director of the 232-unit campus, whereas Scarlett O’Hara was promoted to administrator, overseeing its long-term care and assisted living areas.

Roller earned an undergraduate degree from Steubenville University and a master’s degree in gerontology from Miami University of Ohio.

O’Hara was promoted from director of assisted living to administrator. In this role, she will provide leadership for the Hauck Assisted Living Center as well as for the Living Center, the campus’ long-term care area.

O’Hara joined the campus in 2017 as an intern during her licensed nursing home administrator training. She was director of assisted living after obtaining her licensure. She has an undergraduate degree in business and psychology from Miami University and an MBA from Ohio University.

Walker & Dunlop has announced the appointment of Paula A. Pryor as executive vice president and chief human resources officer. In this role, she is responsible for leading the company’s national human resources function, including enabling best-in-class benefits and compensation, career and leadership development, talent management, workforce planning, change management and employee relations.

Pryor joined Walker & Dunlop in January 2009. Over the past 11 years, she has helped take the company public, integrate more than 10 acquisitions and support the company’s growth strategy and commitment to fostering a unique corporate culture. During her tenure, Walker & Dunlop has been recognized by the Great Places to Work Institute as a Great Place to Work six times in addition to countless other workplace awards and recognitions.

Pryor has an undergraduate degree in international studies and Spanish from the University of Richmond and completed her master’s degree in Latin American political economy at Georgetown University’s School of Foreign Service. She holds a senior professional in human resources designation from the HR Certification Institute and the Society for Human Resources Management.

Pat Mulloy, managing director of Commodore Capital, has been elected to serve as the new chairman. Most recently, he was vice chairman.

Mulloy practiced law for 20 years before founding Atria Senior Living, where he was president and CEO from 1996 to 2000; becoming CEO of LifeTrust America from 2001 to 2004; and leading Elmcroft Senior Living as CEO from 2006 to 2018.

Randy Richardson, president of Vi, will continue as vice chairman of the board.

Additionally, three new directors were elected to the board:

Two new directors were elected to the board as ex officio members:

The following people have left the board: Brad Klitsch, senior vice president of market development of Direct Supply (served December 2005 to May 2020); Loren Shook, president, CEO and chairman of Silverado (past president, May 2018 to May 2020); and Patricia Will, founder and president of Belmont Village Senior Living (July 2014 to May 2020). 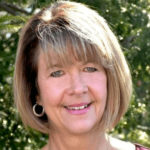