People in the news, May 26 - Companies - McKnight's Senior Living

Linda Newberry-Ferguson, former CEO of the Rehabilitation of Hospital of Wisconsin, has been named president and CEO of Village Manor Park Healthcare & Community Living in West Allis, WI.

She previously was CEO of the Kindred Hospital Milwaukee, a long-term acute care hospital. She succeeds Elizabeth Toohill, who recently resigned as CEO.

In her new role, Newberry-Ferguson will focus on making VMP an employer of choice in the region. The organization has more than 400 employees and provides independent living, assisted care, memory care, skilled nursing, short-term rehabilitation, ventilator care and outpatient therapy.

Newberry-Ferguson is director and chair of the board of the Wisconsin American Lung Association and a member of the Dean’s Advisory Board for the University of Wisconsin Milwaukee College of Health Sciences.

She is past president and past director of the board of TEMPO Milwaukee, former director and chair of the board for Metro Milwaukee American Heart Association, a former steering committee member of Milwaukee Women Inc., and a former board member of the Wisconsin Badger State, Science and Engineering Fairs.

Chrispell is a career HR professional who has served in multiple industries, and she has 12 years of experience in long-term care.

From 2008 to 2012, Chrispell was chief human resources officer at Sun Healthcare Group, and for seven years prior to that, she was the vice president of human resources for the western half of the United States at Starbucks Coffee Co.

Chrispell has been an HR consultant for Consulate since 2015, at which time she was instrumental in the transition of the new leadership team and the organizational restructure, according to the organization. In January, Chrispell joined the company as the interim senior vice president of HR.

Chrispell earned her undergraduate degree in psychology from Occidental College in Los Angeles.

Joel Hetrick has been promoted to executive chef at Vi at Bentley Village, Naples, FL.

In his new role, he oversees the culinary program for Vi at Bentley Village, including menu creation and food preparation for all of the community’s dining venues, including three full-service restaurants and a grab-n-go café in independent living, and dining operations in assisted living skilled nursing.

Hetrick began as executive sous chef at the community in January 2014 after serving in a similar culinary position with Vi at the Glen in Glenview, IL, for nine years. He is a graduate of the culinary program at Kendall College in Chicago and holds national certifications as a dietary manager and food protection professional.

In 2008, Hetrick was one of only 16 chefs from across the country to participate in the inaugural Culinary Enrichment & Innovation Program sponsored by Hormel Foods and taught by certified master chefs at the Culinary Institute of America, Hyde Park, NY.  In addition, he is a graduate of Vi’s Breakthrough Leadership Program taught by Harvard Business School faculty.

Diversified Healthcare Trust has elected Daniel F. LePage to the company’s board as an independent trustee, effective immediately, the real estate investment trust announced May 19. With the addition of LePage, DHC’s board now has six trustees, including four independent trustees, and one-third of board members are women.

LePage’s election is part of DHC’s previously announced multi-year review of its governance policies. The company worked with executive search firm Korn Ferry to expand and refresh the board. 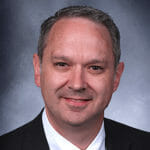