Gaston joined Maplewood in March 2011 as executive vice president of acquisitions and development. He has more than 30 years of experience in real estate development, with 20 of those years dedicated to the luxury senior housing sector.

Under his stewardship, the Maplewood business has expanded from a single upscale senior community in Danbury, CT, to 15 communities across three states, with several new developments under both the Maplewood and Inspīr brands in the works.

In his new role, Gaston will continue to lead acquisitions and developments for Maplewood, with a strong focus on the Inspīr brand of world-class urban senior living communities, as well continue to expand the portfolio footprint of suburban Maplewood communities throughout the United States. Herlet joined Maplewood in April 2011 as executive vice president of operations. He has spearheaded several initiatives that have focused on organizational growth, leadership, resident satisfaction, resident care and other topics.

He holds a master’s degree in gerontology from Miami University of Ohio and has more than 25 years of experience in the luxury senior housing industry. Hindel Jesselson has been named executive director of Amber Court Assisted Living of Smithtown, a new community set to open later this year in Smithtown, NY.

In addition to hiring staff and meeting with families inquiring about Amber Court for loved ones, Jesselson is overseeing the entire operation at the 186-bed facility.

Jesselson comes to Amber Court of Smithtown after gaining invaluable experience as executive director at several Atria Senior Living communities in Westchester and Queens, NY. She also previously served as director of operations for the Avondale Group.

She is a graduate of Touro College. Kristine Franklin has been selected to be the executive director at the Residence at Cedar Dell, which is owned and operated by LCB Senior Living.

Franklin has several years of experience in operations management within the senior living industry. She worked at Atria Senior Living for nine years, holding positions in business office management at several communities. Chris Romick has been hired as director of growth at K4Connect. He will report directly to Derek Holt, president of the Raleigh, NC-based technology company.

Romick brings more than two decades of experience across the senior living industry, most recently offering interim executive director and consulting services to communities nationwide through Crome Services. In his role at K4Connect, Romick will be responsible for expanding the company’s footprint and working directly with senior living communities to ensure their success.

Romick began his career as a licensed nursing home administrator in Ohio. He eventually oversaw multiple communities as well as community expansions.

Romick has been involved in senior housing projects in five states, including holding pre-sales and leadership roles at two full-service continuing care retirement communities. In addition, he has also served as part owner of an assisted living and memory care community.

Romick is a U.S. Navy veteran. He holds an undergraduate degree in gerontology administration from Kent State University and an MBA in marketing from American Public University.

Coover brings an extensive background in project delivery and project management for large-scale capital programs successfully completed over the past two decades. He recently was appointed as an international expert consultant for the International Joint Commission and has hands-on experience with strategic planning on large healthcare projects that require an extensive understanding and appreciation for clinical operations and process improvement.

Coover previously was director of design and construction for a four-hospital system on the East Coast. Before that he served as a healthcare architect and planner.

Coover received his undergraduate and master’s degrees in architecture at the University of Idaho. He is an active member of the American Institute of Architects, the American Society for Healthcare Engineering and the Center for Health Design.

As ChartWise’s president and COO, he will focus on leveraging the company’s CACDI software technology to drive increased customer growth and user satisfaction. ChartWise founder Jon Elion, M.D., will remain the company’s CEO.

Mason has decades of experience in starting, operating and growing leading technology and services companies in the health and human services market. He joined ChartWise from MedeAnalytics where, as senior vice president and general manager of enterprise performance management solutions, he was primarily responsible for integrating, managing and growing the Mede Performance Management (MedePM) business unit within the broader MedeAnalytics portfolio. Before MedeAnalytics, Mason was the co-founder and CEO of OnFocus Healthcare, which was acquired by MedeAnalytics in 2014. 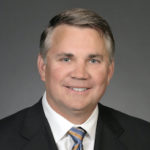 Joel Nelson promoted to CEO of LCS, Ed Kenny to continue as board chair