The 15 states with the largest number of senior living providers collectively will incur more than $18.8 billion in uncompensated pandemic losses, according to projections released Wednesday by Argentum.

National losses could grow to $29.8 billion through the first half of the year, the association recently said.

Senior living providers — which were allocated less than 1% of provider relief funding in last year’s Coronavirus Aid, Relief, and Economic Security (CARES) Act — have incurred about $22.5 billion in financial losses due to the COVID-19 pandemic, with those losses expected to grow through June, Argentum estimated.

“During the pandemic, the communities providing assisted living went above and beyond to protect their seniors and caregivers and ensure they had access to the PPE, staffing, care and services needed to keep people safe,” Argentum President and CEO James Balda said in a statement. “Now, without federal intervention, many communities could be at risk of closing due to the steep and uncompensated costs stemming from the pandemic.”

Many of the 15 largest states for senior living will incur hundreds of millions of dollars to billions of dollars in uncompensated pandemic losses, according to the association. Argentum said it based the COVID-19 financial impact data on a representative national sample.

Seven states — with Florida leading the pack at $2.4 billion in reported losses — have losses in the billions, according to the calculations. Argentum said that Florida received $49 million in relief funding, an amount equal to 2% of its losses. The COVID-19 effect on senior living providers in the Sunshine State averaged $16,381 per resident, the association said. Argentum also reported that 1,750 of the state’s 3,131 senior living communities are operating at a loss.

Pennsylvania, which came in second on the list, with reported pandemic losses topping $2.1 billion, similarly received relief funding amounting to only 2% ($43 million) of its losses, averaging a similar $16,381 COVID-19 impact per resident, Argentum said. Of the state’s 1,195 senior living communities, 670 report operating at a loss, according to the association.

Argentum is asking leaders on Capitol Hill to share additional relief from the unallocated $24 billion in the Provider Relief Fund with senior living communities. The association also is working to address immediate COVID-19-related challenges and plan for future long-term care needs through its SENIOR (Safeguarding Elderly Needs for Infrastructure and Occupational Resources) Act proposal.

Argentum also is looking for a piece of the latest $350 billion Coronavirus State and Local Fiscal Recovery Funds announced by the Treasury Department. 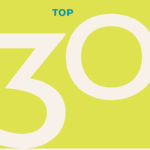