Three members of a Food & Drug Administration advisory panel resigned this week over the agency’s controversial decision on Monday to approve a novel therapy for Alzheimer’s disease.

Aaron Kesselheim, M.D., director of the Brigham and Women’s Hospital’s Program on Regulation, Therapeutics, and Law, and David S. Knopman, M.D., a Mayo Clinic neurologist, both resigned over the FDA’s approval of Biogen’s aducanumab (Aduhelm).

“It is clear to me that FDA is not presently capable of adequately integrating the committee’s scientific recommendations into its approval decisions,” Kesselheim wrote.

Knopman told The Washington Post that he did not “wish to be part of a sham process” that resulted in the FDA’s approval of the Alzheimer’s drug. The Post reported that, in an email to FDA officials, Knopman said that approval of the drug was apparently “foreordained,”  and the process “made a mockery of the [advisory] committee’s consultative process.”

Knopman’s resignation followed the resignation earlier this week of Joel S. Perlmutter, M.D., a Washington University in St. Louis neurologist. In an email to Stat News, Perlmutter indicated that he quit the panel “due to this ruling by the FDA without further discussion with our advisory committee.”

Aducanumab is the first treatment directed at the underlying pathophysiology of Alzheimer’s disease — the presence of amyloid beta plaques in the brain. The drug was approved under the FDA’s accelerated approval pathway for serious or life-threatening illness.

But the drug — which is costly and does not cure or reverse the disease — was at the center of intense debate among researchers, physicians, patients and advocates. Advocacy groups such as the Alzheimer’s Association and USAgainstAlzheimer’s celebrated the first new Alzheimer’s treatment in 18 years, whereas opponents said little evidence existed of its efficacy.

Updated June 11 to include the third resignation. 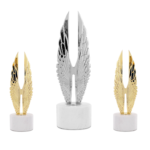