Approximately 20% of individuals aged 85 or more years in the United States need assistance with activities of daily living, according to newly released government data.

Overall, 19.9% of members of this age group need help with activities such as eating, bathing, dressing or walking. More women (22.9%) than men (14.4%) need assistance.

The data, which cover the January-to-June period, come from the National Health Interview Survey and were released early by the National Center for Health Statistics, which is part of the Centers for Disease Control and Prevention.

From “Early Release of Selected Estimates Based on Data From the National Health Interview Survey, January–June 2016 — Personal Care Needs” (link in first paragraph): 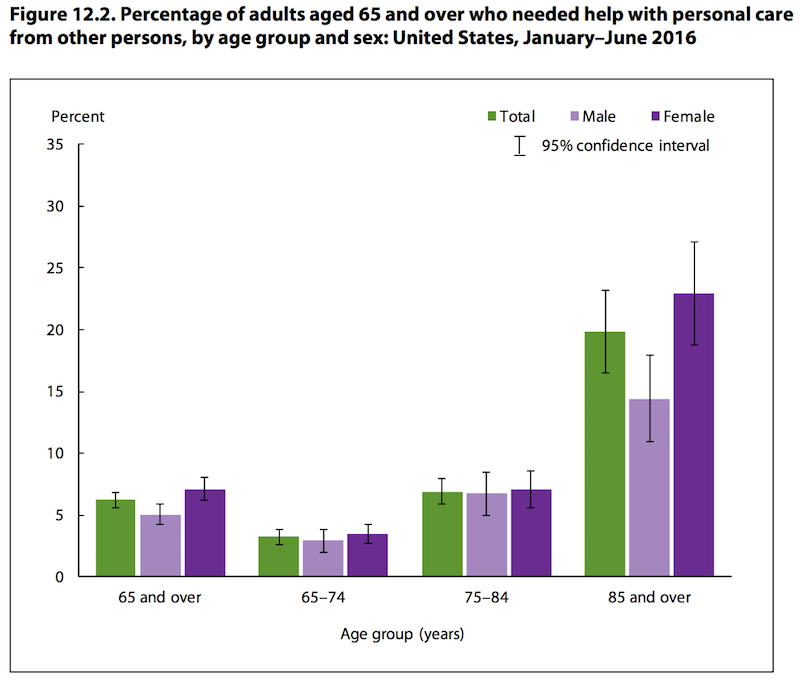