Three tools that have shown success in improving the quality of care provided to skilled nursing residents also work well for residents of assisted living communities, according to a poster presented at the recent Gerontological Society of America annual meeting.

The “Stop and Watch” and SBAR (Situation, Background, Assessment, Recommendation) communication tools as well as an advance care planning tool that are part of the evidence-based INTERACT (Interventions to Reduce Acute Care Transfers) assessment program helped reduce hospitalizations by 17% and ED visits by 20% among residents of 46 Brookdale Senior Living assisted living communities where the tools were tested over several years. Use of the tools, developed by Joseph Ouslander, M.D., and colleagues, also resulted in fewer observation unit stays and 30-day hospital readmissions, but the study results were not statistically significant for these measures.

“In our communities, we noticed a disparity between those communities that really implemented all the tools in the program robustly versus those that didn’t,” Kevin O’Neil, M.D., chief medical officer at Brookdale, told McKnight’s Senior Living. “We learned the importance of the leadership in a community and having champions as well as co-champions, because one of the challenges in assisted living is staff stability.”

O’Neil was co-director of the study with Thomas Fairchild, Ph.D., associate professor and vice president of strategy and organizational excellence at the University of North Texas Health Science Center. Fairchild presented the first results of the assisted living-related research at the recent conference.

Brookdale had tested its Senior Living Transitions of Care Program, which is based on INTERACT, prior to partnering with the University of North Texas in 2012 to study it further using a $7.3 million grant from the Centers for Medicare and Medicaid Services’ Innovation Center, O’Neil said. Over the three years of the grant, Brookdale has trained about 11,000 workers (in all settings, not just assisted living). At the time of the funding announcement, the program was forecast to save more than $9.7 million over the three years of the study, and O’Neil said he believes that target was reached.

“The total savings that were going to be achieved through reduction in admissions was on the order of 2%, which doesn’t seem like a lot, but if we can improve quality and reduce costs at the same time, that was the goal,” he said. Residents’ Medicare costs also were reduced.

Why the tools worked

The program worked because the tools expanded the number of employees watching for changes in health, put more information into the hands of physicians and helped residents and resident families plan for the future, O’Neil said.

“You’re required to have RNs in skilled nursing,” he said. “In assisted living, most of our communities did have nurses — very often LPNs or LVNs — but many assisted living providers may not have nurses at all. So what we did was modify the tools to recognize the difference in the clinical competencies within assisted living.”

All staff members — including those working in housekeeping, dining services, maintenance, transportation and other areas, in addition to clinical staff — were trained to use the Stop and Watch tool to document and report changes observed in residents, for instance. “Because they’re working with our residents day in and day out, they often know if something’s not right,” O’Neil said. “Not that we’re asking them to make a diagnosis, but their observations are important.”

The SBAR tool provides a methodical way of communicating with physicians, vital to reducing ED visits, O’Neil said. “One of the challenges that physicians have had is, if they’re not getting appropriate, full information, then the natural tendency is to send [residents] to the emergency room to figure out what’s going on. …The physicians who participated with us in this told us they’re getting much better information [and] they can make much better decisions.”

The advance care planning tool can help reduce avoidable hospitalizations and ED visits, O’Neil said, because residents’ wishes related to their future care are known before a crisis arises. Of residents who were part of the study, he said, “many of these folks would have been better served by a palliative and/or hospice care plan rather than getting shunted back and forth to the hospital.” CMS’ approval of two new codes physicians can use to be reimbursed for discussing advance care planning and advance directives should lead to such talks becoming more common, O’Neil said.

What the future holds

Additional study results will be disseminated as they become available, O’Neil said. In the meantime, he added, “We are definitely planning to extrapolate what we learned in these 40 communities to our other assisted living communities.” Brookdale has more than 1,100 senior living communities across the country so is planning to train workers using distance learning techniques rather than in-person sessions.

Brookdale also wants to share what it has learned with other providers, O’Neil said.

“When we applied for the grant, we made it very clear to CMS that what we learned from this, we want to share with the industry,” he said. “As much as we like to be the innovator, we don’t believe in hoarding the information.”

The organization already involved more than 40 other assisted living providers by asking for feedback on the usability of the tools, O’Neil said. “I’m a firm believer in ‘coopetition,’ ” he added. “None of us can be everything to everybody.”

In fact, “mass collaboration” will be a key to the industry’s longevity, O’Neil predicted. “If you look at organizations that have succeed historically, when they’ve been faced with daunting challenges like we’re now facing in healthcare, you can see that those who have worked together do much better,” he said.

Working together, O’Neil added, will help senior living organizations collect the data sought by hospitals and other potential care partners. “If there’s no data, there’s no trust,” he said, “and knowing what your readmission rates are, knowing what your quality metrics are, are going to be really important.” Referral networks will narrow as leaders look for providers that can help them reduce avoidable readmissions, O’Neil predicted.

And assisted living will continue to evolve, he said. “Assisted living is really being looked at as the next big frontier for geriatric care management, because we are definitely dealing with a rising risk population,” said O’Neil, who chairs an assisted living committee for AMDA − The Society for Post-Acute and Long-Term Care Medicine. 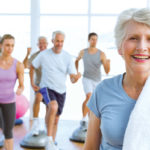