A matter of life - and death - McKnight's Senior Living

As Mom used to say, where you stand usually depends on where you sit.

When it comes to choosing the best course of action, some will argue it is ultimately the individual’s right to decide. Others will insist that the sanctity of life is too precious to be cut short by mere human intent.

Clearly, wise guidance and insight would be helpful. But what the world has been doling out lately has been anything but.

Closer to home, Oregon, Vermont and Washington now allow assisted suicide, and the issue is being debated in New Jersey. Things are also percolating in Montana and New Mexico, where courts have ruled on the side of providers assisting in deaths.

The assisted-suicide debate regained national attention recently, when 29-year-old Brittany Maynard — who was terminally ill with brain cancer — opted for an early death over prolonged suffering.

In the interest of full disclosure, I must admit that I have decidedly mixed feelings about assisted suicide (or as some prefer to call it, aid in dying). I can’t think of anything that is better than being alive. To me, it’s the best game in town. But I might feel a bit differently if a physician told me that the latest test results confirm the worst.

So what’s the right thing for senior living operators to do here? The talking heads who have staked their claims on this debate say it’s simple: Just do it their way. Unfortunately, that’s hardly the kind of helpful guidance most others seek.

And things may soon get even more tangled. As never before, hospice care is becoming a long-term staple. At the same time, the marvels of modern medicine are keeping older people alive longer than ever. So much so that by the time they get to skilled care settings, their bodies tend to be racked by illness and disease. So who lives? Who dies? And who decides?

I can’t pretend to have the answers. But I can offer some advice: Put compassion first. As for what’s best after that? At some point we all need to find answers we can live with. 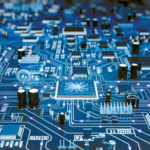