If you want to improve the symptoms of depression among residents, then improve their access to outdoor areas, according to the results of a recently published study.

Researchers at the University of Warwick in the United Kingdom assessed the physical environments at 50 assisted living communities and nursing homes where a total of 510 residents had symptoms of depression. They also interviewed some of the residents.

“Residents expressed little interest in the décor of the care homes and appreciated features of the care home that increased opportunity for social interaction and promoted independence and function,” said one of the authors, Rebecca Cain, Ph.D.

Beautiful outdoor areas were not enough, however; residents had to be able to use them, the researchers said. Locked doors, uneven foot paths, steep steps and needing permission or assistance to go outside often prevented access, they found.

“Residents may appear to have access to outdoor space but are prevented from using the outdoor space independently due to poor physical or cognitive function, or need the permission of staff to use the outdoors, reasons that may negatively affect residents’ perception of autonomy and, consequently, their mood,” said lead author Rachel Potter, Ph.D.

Having access to outdoor space was the only environmental variable to significantly predict depressive symptoms, the researchers found.

“The findings of the study suggest that interventions that increase access to outdoor spaces could positively affect depressive symptoms in older people,” Potter said.

Read the study in The Gerontologist. 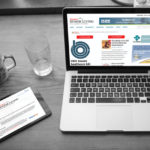