A “novel, simple and fast-acting” cure for Alzheimer’s disease would be a “medical miracle” but would result in a loss of $16.3 billion in annual revenues for the assisted living industry, according to a new analysis published in the journal Medical Hypotheses.

Additionally, more than 110,000 assisted living jobs would be lost, which would negatively affect the economy because of the workers’ reduced spending power, said author Leslie Norins, M.D., Ph.D., CEO of Alzheimer’s Germ Quest.

“It appears to be time for a taskforce of government officials, business executives, healthcare economists, and other stakeholders to produce a plan, even if theoretical, to cope with predictable economic effects of a quick and easy cure for AD. This medical miracle could arrive sooner than anyone expects,” he wrote.

National Institutes of Health researchers are studying microbes as related to dementia, Norins said. “If a causative germ for AD can be found, it’s possible an antibiotic could kill it and halt the disease. Then the steady inflow of AD patients to nursing homes and memory care units would cease, leaving empty beds and greatly reduced revenue,” he said.

The total “is more than triple the annual revenues posted in 2018 by Brookdale Senior Living ($4.53 billion),” he wrote.

Plusses of a cure, in addition to cured people, he said, would include research funding and time, as well as Medicare and Medicaid dollars, that could be devoted elsewhere. Also, family caregivers could see improvements in discretionary income because the need for uncompensated caregiving and related out-of-pocket expenses and insurance co-pays would go away, Norins said. 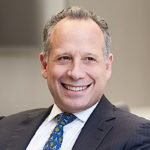