During the REIT’s previous earnings call, Simpson told shareholders and analysts that LTC had issued a default notice on an Anthem master lease covering 11 memory care communities, two of which were under development. She also described staffing challenges, including at the executive director level, at three open communities.

“The community-level staffing challenges we told you about have abated,” Simpson said Thursday. “Corporate overhead is being reduced, and occupancy at the three communities we detailed on our last call … continues to improve.”

“We recently signed a forbearance agreement with Anthem under which we have agreed not to pursue enforcement related to their defaults through the end of this year, with the stipulation that Anthem, among other conditions, pay minimum rent of $400,000 per month through Dec. 31, 2017,” Simpson said.

After that time, she said, “if we can determine that they will be able to pay a rent that will provide LTC and its shareholders with the proper return, then we will stay with them.”

LTC talked with other operators about transitioning the portfolio, Simpson said. “We have confidence that we would be able to replace Anthem should we need to do that, but at this point, I think it’s best for everybody concerned, and most assuredly our shareholders, that we maintain a relationship with Anthem and give them the support that they need,” she said.

Otherwise, however, “Their total focus is on operating the properties that they have in their portfolio and stabilizing everything so that they’ll have a really good base to go forward,” she said.

Simpson said that LTC continues to negotiate the transition of two memory care communities in Kansas — Morningside Place in Overland Park, KS, and Chisholm Place in Wichita, KS, which have a total of 120 units — from Anthem into the master lease of an existing operating partner. “We hope to complete our negotiations by the end of November, and with the process of securing licensure, we expect to complete the transition in January or February 2018,” she said.

“Our focus remains on strong regional operators, and Oxford’s presence is a great example,” Malin said, adding that the community was added to an existing master lease.

“With the completion of this investment, we have invested $71 million year-to-date in acquisitions — all newer, private-pay assets,” he said.

Two memory care communities in LTC’s portfolio that formerly were operated by Clarity Pointe and managed by Life Care Services were added to the master lease of Thrive Senior Living in the third quarter, Malin said.

The 60-unit memory care community in West Chester, OH, that LTC acquired in the second quarter and leased to Thrive opened June 23 and had 48% occupancy as of Oct 31, he said.

LTC is reviewing offers on a portfolio of six Sunrise Senior Living communities — five in Ohio and one in Pennsylvania — the master lease for which Sunrise does not want to renew when it expires in April, Malin said. The communities, with a total of 320 assisted living and memory care units, could be sold, re-leased or a combination of both, he added.

“The properties are well-occupied but are not clearly operating at maximum efficiency, creating an opportunity for significant net operating income improvement,” Malin said.

The transaction is expected to be finalized on or before the lease expires, he said.

“They span a variety of deal types, including acquisitions, development projects, real estate joint ventures and loans, as well as four new regional operating partners in four states,” he said.

The REIT will act on some if not all of the deals before the end of the year, Simpson said. 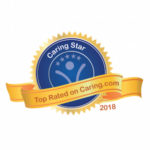