“Overall at this time, Anthem has made solid adjusted EBITDA (earnings before interest, taxes, depreciation and amortization) and improvements,” she said, adding the Anthem had made reduction to overhead as requested by LTC. “We will continue to closely monitor their progress.”

Simpson first told shareholders and analysts in August that LTC had issued a default notice on an Anthem master lease covering 11 memory care communities, two of which were under development. At that time, she also described occupancy and staffing challenges at the company. Simpson said the staffing issues had abated and that occupancy was improving as of the REIT’s third-quarter 2017 earnings call in November.

Early lease-up figures at Anthem’s Emerald Place in Glenview, IL, “are encouraging,” Simpson said. The memory care community opened in December, and occupancy was at 24% as of Jan. 31, she added.

LTC’s remaining construction project with Anthem, Grace Point Place in Oak Lawn, IL, is on track for a May opening, Simpson said. LTC expects that Anthem will reduce overhead further once construction is complete, she added.

A planned transition of two Anthem communities in Kansas — Morningside Place in Overland Park, KS, and Chisholm Place in Wichita, KS — into the master lease of an existing operating partner of LTC will not proceed, Simpson said.

“While we had an agreement in principle to transition these properties during the first quarter of 2018, we were not able to come to specific terms,” she said. “So for the time being, we have decided to keep them with Anthem. We have a great relationship with our other operator and expect to continue to grow with them, but Kansas just wasn’t right for that opportunity.”

Simpson characterized the REIT’s active pipeline for 2018 as “moderate, with anticipated growth during the year.”

Executive Vice President and Chief Investment Officer Clint Malin said LTC’s pipeline is approximately $50 million, which he said it “fairly typical for us at this time of year.”

The REIT has three potential transactions on the immediate horizon, he said. One is for a loan with a current operating partner related to a skilled nursing facility in suburban Detroit, and the other two involve an operator in the Pacific Northwest, Malin added.

“The deal, which is structured as a real estate joint venture in the state of Oregon, was originally for the development of an assisted living and memory care community,” he said. “We have since expanded the deal to include the acquisition of an independent living community on an adjacent land parcel to create an integrated campus.”

Other highlights of the earnings call:

Lois A. Bowers LTC Properties
Next post in News 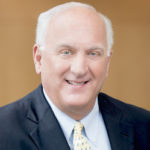