Recent attendees of the Argentum Senior Living Executive Conference will notice a big scheduling change at this year’s meeting, set for May 9 to 12 in Denver: the Hero Awards have been moved from a lunchtime presentation to an evening event.

The awards recognize individuals working in senior living who are nominated by regional/company executives and executive directors of senior living communities because they embody excellence, caring and dedication.

Argentum received a record number of entries ever this year — almost 300 — with more than 13,000 people voting, Argentum President and CEO James Balda told McKnight’s Senior Living. “We’re pretty excited about the folks who were ultimately nominated and selected,” he said.

Moving the luncheon to the evening will enable Argentum to take advantage of the auditorium space at the Colorado Convention Center, “which is perfectly suited to an awards presentation,” Balda said. Attendance at the event will surpass that of the conference itself, he added, with invited guests including policymakers, older adults from local communities and others. “We’re really working to make it a big event that showcases everything that’s great about this industry,” Balda said.

Balda said he’s also looking forward to several speakers. Chris Gardner, the man who rose from homelessness to lead his own successful brokerage firm, and the inspiration for the film “The Pursuit of Happyness,” will keynote the May 10 morning general session. “He’s … talking about perseverance and not giving up, which is, I think, a strong characteristics for people that work in our industry,” Balda said.

NPR radio show host Diane Rehm, whose book “On My Own” details her experience of caring for her husband and his decision to end his life following a long battle with Parkinson’s disease, will speak at the May 11 afternoon general session.

Broadcast veteran Ann Compton, who moderated a panel discussion about Alzheimer’s disease funding at last year’s meeting, will be back this year on the morning of May 12 to provide insights into what the presidential election will mean to senior living and also to moderate a panel of senior living leaders discussing the future of the industry in a general session.

Balda also highlighted two concurrent breakout sessions. Former AARP CEO Bill Novelli, now a professor in the McDonough School of Business at Georgetown University and co-chair of the Coalition to Transform Advanced Care, will speak at a May 10 session called “Dying Better in America.” Also, behavioral scientist and consultant James Kane, author of two upcoming books, “The Loyalty Switch” and “Virtually Loyal,” will give two presentations, one on brand loyalty and the other on customer interaction, on May 11.

The complete conference schedule is online. 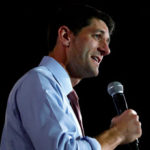