A new website is rating assisted living communities in San Diego County in what a consumer group says is unique effort in California and the entire country.

Choose Well San Diego, the brainchild of county officials, currently includes listings for approximately 600 licensed assisted living and board-and-care homes for older adults, according to the website. Participation is voluntary.

“There’s about 11 quality measures for each facility, and they include food, staffing, medical responsiveness and more, but it does allow someone that goes on the website to be able to compare side-by-side how all these facilities stack up in relationship to those quality standards,” Dianne Jacob, chairwoman of the San Diego County Board of Supervisors, said in a press conference video posted Wednesday to the county’s Facebook page. Among other measures are state regulatory compliance, civil penalties, activities and social events, disaster preparedness, maintenance and safety and residents’ rights.

Jacob said she and Supervisor Greg Cox began an effort to launch the site in 2014, noting that the 65+ demographic is the fastest-growing age group in the county. The site went live Aug. 1, she said. It is funded by the San Diego County Health and Human Services Agency, Aging & Independence Services.

“By including a ratings system on the website, we’re also hoping it will raise the bar on the level of care countywide,” Jacob said in a press release.

Jacob said that the site was developed in cooperation with Consumer Advocates for RCFE Reform. According to the nonprofit organization for reform of residential care facilities for the elderly, the website went live after a six-month pilot program during which the rating system was developed using assisted living community data from public documents.

Communities that join the program will have their communities rated using the Choose Well scoring tool and will receive a profile page to publicize their amenities, services, prices and philosophy, CARR said.

Other states have rating systems for assisted living communities, but CARR said that San Diego County’s program is different from anything else in the state or country because it is voluntary and because other programs either were initiated at the state level or are operated by private entities. 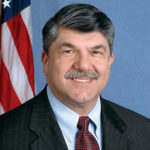