WASHINGTON — For the second year in a row, top lobbyists are making assisted living a point of emphasis before dozens of members of Congress and their staff members as part of annual American Health Care Association / National Center for Assisted Living Congressional Briefing efforts.

Assisted living providers, and their skilled nursing counterparts, are being directed to emphasize during lawmaker visits that:

NCAL state executives and their provider members, representing thousands of senior living communities, kicked off the annual policy-heavy gathering Monday with a busy day of organizational activities and the bestowal of the annual Joe Warner Patient Advocacy Awards.

“While the hustle and bustle isn’t probably the preferred method of operating, for most of us, if not all of us in this room, long-term care is a 24-hours, seven-days-a-week, 365 days-a-year gig — and we wouldn’t have it any other way,” noted NCAL Board Chair Ashley Blankenship.

The director of assisted living services for StoneBridge Senior Living, Blankenship offered as prime examples her own staff members back in Arkansas, where a state of emergency had been declared due to flooding concerns. She said some of her communities might need to be evacuated but expressed full confidence that procedures had been practiced and her workers were up to it, leaving her to help lead business in Washington.

“We don’t always have the battle on the field such as our colleagues in skilled nursing,” she told the assembled crowd Monday evening at the Hyatt Regency Capitol Hill. “But our presence is still needed.

“All of long-term care is feeling the pressure these days,” she continued. “Workforce shortages. Increasing resident acuity. Changing healthcare payments. Evolving market forces … the list goes on and on … Emergency preparedness. Our lawmakers must grow to understand these challenges that we all face.”

Honored with the Warner advocacy awards for extremely long records of service were the former AHCA board chair and valued Centers for Medicare & Medicaid Services conduit, Leonard Russ, the owner/administrator of Bayberry Health Care in New York, and Nanci Wilson, the chief clinical officer and government affairs leader for Plum Healthcare Group. 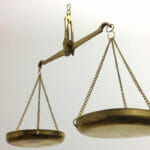