Assisted living occupancy reached a record low in the first quarter of 2018, according to data released Thursday by the National Investment Center for Seniors Housing & Care.

A “particularly harsh” flu season also may have affected leasing due to quarantines, Mace said.

The second quarter may see an increase in move-ins now that cases of the flu have peaked, Mace said. 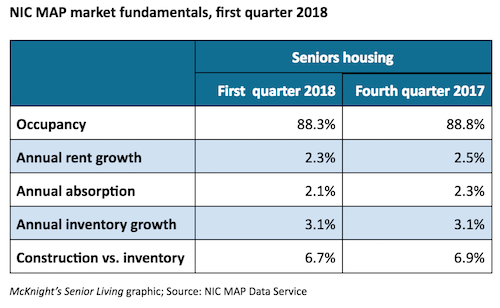