State attorneys general across the country will focus on strengthening efforts to fight elder abuse, neglect and exploitation over the next year, Kansas Attorney General Derek Schmidt announced Thursday.

The campaign, through the National Association of Attorneys General, will include abuse, neglect and exploitation at senior living communities, Schmidt told McKnight’s Senior Living on Monday. He was elected president of the organization in June.

“The abuse, neglect or exploitation of a senior citizen is unacceptable wherever it may occur, and our initiative aims to strengthen efforts to combat it in both residential and non-residential settings,“ Schmidt said.

“Every state is different in its approach,” Schmidt said. “My hope is that when this year is ended, we have identified some of the best ideas from around the country and made them readily available to adapt for other states.”

Some ways that attorneys general have addressed elder abuse, he said, include establishing elder abuse units within their offices to help state residents; prosecuting those who abuse, neglect or exploit seniors; educating older adults and their families about financial exploitation, crime prevention and adult bullying; and sharing techniques on how to avoid scams and victimization. 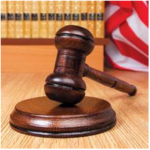