Here’s a look at some of the news that occupied many minds in senior living over the past year.

The GAO report on assisted living

Early in the year, the Government Accountability Office released its much-anticipated report about federal oversight of assisted living services offered to Medicaid beneficiaries. The first-ever report focused on recommended changes to the way the Centers for Medicare & Medicaid Services and state Medicaid agencies work together.

Lay media, consumer advocacy groups and even the senators who initially requested the report in 2015, however, used the February release to criticize assisted living operators themselves. But industry groups don’t expect major changes for providers to result from the document.

When you’re the largest senior living community owner and operator in the United States, anything you do will garner attention. 2018, however, was an especially newsworthy year for Brookdale Senior Living.

President and CEO Andy Smith was replaced in the role by former Chief Financial Officer Lucinda “Cindy” Baier in February as the company completed a strategic review process. Brookdale rejected a takeover bid, instead announcing immediate plans to sell 30 communities, cut $25 million in general and administrative expenses, increase automation and the use technology where possible, move more decisions to the community level when deemed appropriate, and focus on three pillars: employees, residents and their families, and shareholders.

In June, Baier said Brookdale could reduce the number of communities in its portfolio by at least 20% over the next two or three years, and by November, she said Brookdale was in the “seventh inning” of trimming the size of its portfolio through community sales and lease terminations, having undergone transactions with real estate investment trusts HCP, Ventas and Welltower.

The company continued to hear from activist shareholders such as Land & Buildings founder and Chief Investment Officer Jonathan Litt and Macquarie Investment Management, who have their own ideas about the steps Brookdale should take for success, including selling some or all of its communities.

Brookdale expects that “the competitive landscape will continue to be difficult” in 2019, according to Baier.

Holiday Retirement changed its management model from live-in managers to traditional executive directors and moved its headquarters Oregon to Florida in 2017 but saw more changes in 2018 as New Senior Investment Group said in May that it was moving 51 Holiday communities that “lagged expectations” from its triple-net lease portfolio to its portfolio of managed properties as part of a strategic review process; National Health Investors announced in November the restructuring of its lease agreement for the 25 Holiday Retirement communities in its portfolio, saying the status quo was “not viable”; and Sabra Health Care REIT said in December that it intends to terminate triple-net master leases for 21 Holiday Retirement communities and enter into management agreements with Holiday for those communities.

Big changes at other companies

Some of the other notable corporate changes in 2018?

In January, it was announced that familiar faces at a new operator, Lake Oswego, OR-based Eclipse Senior Living, had assumed management of more than 70 senior living communities owned by Chicago-based Ventas and formerly managed by Louisville, KY-based Elmcroft Senior Living. Kai Hsaio, former president and CEO of Holiday Retirement, is CEO of Eclipse. The communities continue to use the Elmcroft name.

As the year was coming to a close, Newton, MA-based Five Star Senior Living announced that President and CEO Bruce Mackey Jr. would be stepping down Dec. 31, replaced by Katie Potter, current executive vice president and general counsel. In November during the company’s third-quarter earnings call, Mackey had said that Five Star’s financial situation raised “substantial doubt on our ability to continue as a going concern.”

Also near the end of the year, Senior Care Centers filed for bankruptcy, citing cuts in reimbursement and payments from private insurers, “burdensome” debt and “ballooning” rent payments.

Sabra Health Care REIT subsequently announced that it was selling its Senior Care communities — two senior living communities and 36 skilled nursing communities — for $385 million after the REIT had issued notices of default and lease termination due to nonpayment of rent. LTC Properties also said that it was discussing transitioning the 11 Senior Care Centers skilled nursing facilities in its portfolio to another operator in Texas, where the buildings are located.

As announced in August, Larry Cohen, CEO of Capital Senior Living, retired Dec. 31. Cohen had been with the company for 21 years, 19 as CEO. Dallas-based Capital is ranked No. 9 on the 2018 American Seniors Housing Association list of the 50 largest senior housing operators and  No. 10 on Argentum’s 2018 list of largest senior living providers.

Realizing the growing importance of senior living in serving older adults, two outside groups sought to introduce new recognition programs for the industry in 2018.

In February, J.D. Power shared the results of its inaugural study of senior living, in which Sunrise Senior Living, Holiday Retirement and Capital Senior Living were the highest-scoring operators. In July, the consumer research company announced a new community certification program, and Five Star Senior Living became the first to commit to it.

In September, 40 senior living and care operators were named to Fortune’s first-ever “Best Workplaces for Aging Services” list. Qualifying organizations had to apply and pay a fee to have their employees answer 60 questions about engagement, company culture and more.

New recognition came from inside the industry, too. The American Seniors Housing Association launched the Senior Living Hall of Fame in 2018, inducting the late Granger Cobb and Bill Colson as well as Bill Kaplan, McKnight’s Senior Living columnist Jim Moore, Bill Sheriff and Stan Thurston in the inaugural class at ASHA’s annual meeting at the beginning of the year.

As the year was coming to a close, McKnight’s Senior Living and its sister media brand, McKnight’s Long-Term Care News, announced a new awards program for women working in senior living and skilled nursing. The McKnight’s Women of Distinction awards will be presented in 2019; nominations are being accepted through Jan. 31.

Senior living efforts to work toward increased professionalism through the introduction of standards and best practices continued in 2018.

In October, Argentum announced a new Senior Living Standards Commission, which will develop and maintain voluntary standards for the industry related to emergency preparedness, memory care, medication management and other aspects of resident safety. The commission expands on Argentum’s Senior Living IQ initiative, announced in May, which includes a website with industry best practices and resources that focus on resident safety, the theme of the first phase of the effort.

Argentum formed the Senior Living Certification Commission in 2015 and offers the certified director of assisted living, or CDAL, credential for assisted living executive directors. Through a separate program, the organization announced its first class of senior living sales counselor certificate recipients in 2018.

Efforts from outside of provider associations are underway, too.

The Long Term Care Community Coalition, a consumer advocacy group, released recommendations for best practices for the assisted living industry in October, citing an “urgent need” given the findings contained in the February report from the GAO.

And in November, Welltower shared that it had enlisted a group of senior living operators, academics, industry representatives and adult children of residents to develop care quality standards for its assisted living and memory care community operators that could be used across the industry. Among the members of the National Assisted Living Quality of Care Network are representatives of the American Seniors Housing Association, Argentum, the National Center for Assisted Living, Silverado and Sunrise Senior Living.

The growing importance of assisted living

Speaking of Welltower, the REIT’s $1.95 billion deal to acquire Quality Care Properties, and the related deal through which ProMedica Health System acquired QCP tenant HCR ManorCare, was big news in 2018. ProMerica also acquired ManorCare’s operations, and a new 80/20 joint venture between Welltower and ProMedica is leasing ManorCare’s real estate to ProMedica for 15 years. With the deal, ProMedica became the 15th largest health system in the country, with a presence in 30 states.

The QCP deal with Welltower, which survived potential competition from another entity and two shareholder lawsuits, which later were resolved, closed in the third quarter, although in December, Welltower announced that it was settling another putative class action lawsuit that had been filed against the QCP board a week before the July merger vote.

ManorCare’s Arden Courts middle-market memory care communities were a “hidden gem” in the acquisition due to the anticipated increase in the need for memory care, DeRosa said.

Expect more health systems to look to partner with Welltower due to an interest in adding assisted living to the continuum of care, he added. 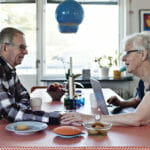