Senior living operators and employees would face increased fines for not reporting suspected abuse or exploitation of a resident by a staff member or another resident under a bill being considered by New Jersey lawmakers.

“Caretakers in nursing homes and other senior living facilities have a responsibility to keep our loved ones safe,” Assemblywoman Joann Downey (D), the lead sponsor of the General Assembly version of the bill, said in a statement.

The current fine amounts were established in 2017 under “Peggy’s Law,” named for a 93-year-old assisted living resident believed by her daughter to have been abused. Peggy’s Law as passed, however, reduced the existing potential maximum fine from $5,000 to $500.

“The safety and security of long-term care residents is the top priority of all LeadingAge NJ & DE members. Every day, nurses, certified nursing aides, activity staff and others work tirelessly to provide appropriate care and services to the residents they serve and often go unrecognized for their hard work,” he told McKnight’s Senior Living. “I’m not aware of any study that demonstrates higher fines correlate to increased reporting. During this public health emergency, legislators should focus their priorities on supporting healthcare workers by providing adequate funding, equipment, resources and support.” 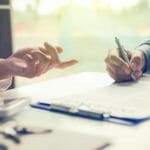