Despite a 15% reduction in units over the past year, Brentwood, TN-based Brookdale Senior Living is “still well ahead of the rest of the pack,” holding onto the No. 1 spot on Argentum’s new list of the 140 largest senior living providers, the association said Wednesday.

Argentum said its 2019 list — with 15 more providers than last year — represents a total of 624,795 units. Looking at just the top 125 providers (the size of the 2018 list), operators saw an overall 5.4% growth in units over the past year, according to the organization.

“We’re seeing changes in position and newcomers to the list this year,” Argentum President and CEO James Balda said in a statement. “The growth of the list reflects the growth in this industry.”

The list, generally speaking, represents only for-profit providers and does not include skilled nursing. Data are current as of March 31.

Sunrise Senior Living is the company on the list with the most properties outside of the United States, with 61 such properties, according to Argentum.

See all of the lists here.

The Argentum rankings were released one day after a similar list of largest operators from the American Seniors Housing Association, which Brookdale also topped. 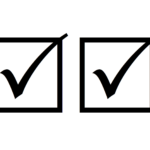