A problem-plagued property that has sat vacant for years in a busy part of Albuquerque, NM, soon will be transformed into a 92-unit affordable senior housing community. The development is just one example of how cities, states and developers around the nation are working to address the need for more affordable housing.

A report released last month by the Joint Center for Housing Studies of Harvard University found that of the nation’s 33 million older adult households, about 15%, or more than five million, are severely cost burdened, spending more than half of their income for housing.

Construction is slated to begin in January for Albuquerque’s 68,000 square-foot, four-story Luminaria Senior Community, according to a KQRE article. Earlier this year, the state Land Office auctioned off the lot, which is state trust land, to the Greater Albuquerque Housing Partnership, a nonprofit organization dedicated to creating affordable housing. The city invested $3.2 million in Housing and Urban Development funding for the project.

“Many seniors are living on a fixed income, often that’s a very modest income, and having housing they can afford on that income is such an important part of providing high quality of life,” Lisa Huval, the city’s deputy director of housing and homelessness, told KQRE.

Earlier this year in Chicago, developers spent $20 million to repurpose a long-vacant elementary school on the city’s Far South Side as an affordable senior housing community. The school, part of which was built in 1894, had been experiencing dwindling enrollment for years. Former Mayor Rahm Emanuel closed it in 2013, making it one of dozens of suddenly empty buildings that became a challenge for their communities, according to an article in the Chicago Sun-Times.

Developer Scott Henry, principal of Celadon Holdings, paid Chicago Public Schools $250,000 for the property in 2017 and secured tax credits for historic preservation. The building is on the National Register of Historic Places and in 2018 became an official Chicago landmark.

Chicago-based architectural firm UrbanWorks helped redevelop the school’s 900-foot classrooms into one- and two-bedroom apartments, and the property includes vacant land that could eventually accommodate new construction. The first residents moved into the West Pullman School Redevelopment about a year ago, and the building reached its capacity in just a few months, Henry said. 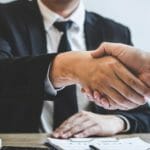 Berkadia secures $40M in financing for SNFs in seven states