During a pandemic that has hampered nursing homes’ most profitable business — post-surgery rehab — some facilities have been admitting COVID-19 patients to ease the burden on overwhelmed hospitals and, at times, to bolster their bottom lines.

In the process of taking in these new patients, however, facilities have sometimes kicked out older, disabled residents — many of whom were on Medicaid — sending them to homeless shelters and rundown motels, according to a New York Times investigation.

The publication gathered information from 22 watchdogs in 16 states, as well as dozens of elder-care lawyers, social workers and former nursing home executives. Reporters found that many of the evictions, known as involuntary discharges, appear to violate federal rules that require nursing homes to place residents in safe locations and to provide at least 30 days’ notice before forcing them to leave.

Nursing homes have long had a financial incentive to evict Medicaid beneficiaries in favor of those who pay through private insurance or Medicare, which reimburses nursing homes at a much higher rate than Medicaid. The pandemic appears to have intensified the situation, according to the New York Times. Although there are no national data on the number of nursing home residents who have been moved into homeless shelters, motels and other facilities, the publication’s analysis of involuntary discharges during the pandemic showed that there were more than 6,400 discharges, many to homeless shelters.

“We’re dealing with unsafe discharges, whether it be to a homeless shelter or to unlicensed facilities, on a daily basis, and COVID-19has made this all more urgent,” Molly Davies, the Los Angeles ombudsman, whose office works with residents at about 400 nursing homes, told The Times. 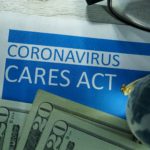