CMS to fine SNF operators up to $8,000 if they don’t test all staff for COVID-19 - Business Daily News - McKnight's Senior Living

Nursing home operators could face fines of up to $8,000 if they don’t comply with new federal regulations that mandate they test all staff members for COVID-19.

The new regulatory changes were announced Tuesday afternoon by the Centers for Medicare & Medicaid Services as part of an overall effort to identify asymptomatic staff and residents who may be infected and could transmit the virus in facilities, CMS Administrator Seema Verma explained Tuesday during a press call following the announcement.

“These new rules represent a dramatic acceleration of our efforts to track and control the spread of COVID-19, especially in nursing homes,” she said.

This is the agency’s third interim final rule to combat COVID-19 and became effective immediately. Previous federal recommendations had called on providers to conduct baseline testing of all residents and staff members, and routine testing of staff.

Surveyors can cite facilities for noncompliance with the new regulations. Providers would also be required to implement a plan of correction. The enforcement of sanctions will be based on the severity of noncompliance, Verma noted.

Fines for noncompliance will start at $400 per day and can go up to $8,000, with termination from the Medicare and Medicaid programs the ultimate threat. Providers also could face denial of payment for new admissions.

Long-term care providers also will be required to offer testing to residents in the event of a new case or symptomatic residents under the new regulations. Verma called the move a “crucial new element of CMS’ aggressive effort to help nursing homes control the spread of the virus.”

“While testing alone will not resolve the spread of COVID-19 nursing homes, it is an important tool in detecting cases early and helps prevent transmission when combined with screening, use of [personal protective equipment], cohorting and other precautions,” Verma said.

The first COVID-19 test for Medicare beneficiaries will be covered by the program and won’t need an order from a physician, pharmacist or other health practitioner. Further testing for beneficiaries will require an order, according to the agency.

A leading provider advocate said there would be plenty of ongoing needs.

“The pandemic has already cost nursing homes tens of thousands of lives and billions of dollars, as dedicated workers have been shouting for help from the front line. Nursing homes will put the resources CMS announced today to good use. But the fight against this virus is far from over, and our members need continued support,” Katie Smith Sloan, LeadingAge president and CEO, said in a statement.

All laboratories conducting COVID-19 testing, including nursing homes using point-of-care testing devices, also now are being required to report test results daily to the Department of Health and Human Services. Labs that don’t comply could be subject to fines of up to $1,000 a day for the first day and $500 for each subsequent day. They will have a one-time, three-week grace period to begin reporting required test data.

Officials noted that nursing homes already submitting their COVID-19 data to the Center for Disease Control and Prevention’s National Healthcare Safety Network can continue doing so, and that information will in turn be contributed to the HHS system.

Full details on the changes can be found here. 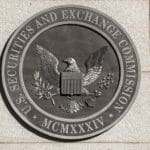