Three New York-based owners have filed an application with the state of Vermont for approval to purchase five Genesis Healthcare nursing homes. David Gamzeh, Akiva Glatzer and Akiko Ike began running the centers in the cities of Bennington, Burlington, Berlin, Springfield and St. Johnsbury, VT, on Oct. 30, according to the application.

The sale isn’t likely to be approved until at least mid-January, however, Monica Hutt, Vermont’s commissioner of the Department of Disabilities, Aging and Independent Living told the VT Digger. The owners also purchased another skilled nursing facility in Barre, VT, in 2017, the media outlet reported.

Last week, as part of the firm’s third-quarter earnings release, Genesis said it continues to seek and implement measures to adapt its operational model to function for the long term amid the ongoing pandemic. These measures include pursuing creative and accretive opportunities to sell assets and enter into joint ventures to provide liquidity, the company reported. In September, Genesis expressed doubt regarding its ability to continue as a “going concern” in relation to the uncertainty around future cash flows caused by the COVID-19 pandemic. 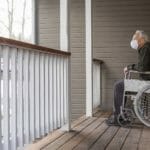 Growing numbers of single people eventually may have effects on seniors housing: Forbes