The House of Representatives on Tuesday passed a significant labor law bill opposed by the senior living industry. Its fate in the Senate is uncertain, but industry observers are hoping their push to discourage favorable votes helps prevent it from moving further.

Prior to the House vote, senior living advocacy group Argentum asked its members to oppose H.R. 842, the Protecting the Right to Organize, or PRO, Act, arguing that it would “effectively repeal” right-to-work provisions now used in 27 states and create workforce challenges for the industry. The bill passed, 225–206, with five Republicans joining what has been a mostly Democrat effort strongly backed by a union-supporting president.

The PRO Act was introduced early this year by House Democrats, and its passage has been a major legislative goal for organized labor. As written, it would expand labor protections in the workplace, in part by broadening the scope of individuals covered by fair labor standards, such as temporary or contract employees. The bill also would make it an unfair labor practice to require employees to attend employer meetings designed to discourage union membership, and for employers to make agreements that would have employees waive their right to participate in collective or class-action litigation.

Another provision would allow the National Labor Relations Board to impose fines and other punishments on employers that don’t comply with its orders.

Argentum said the bill favors unions at the expense of employee and employer rights and would jeopardize economic recovery.

Although the its fate is less clear in a Senate split evenly between Democrats and Republicans, “we know that Labor is committed to shepherding this bill into law,” Argentum warned its members on Tuesday.

The organization has been working with the Coalition for a Democratic Workplace to try to prevent the bill’s passage. The CDW said the bill effectively reintroduces “Obama-era labor law policies that were rejected by the judicial system, opposed on a bipartisan basis in Congress, and/or abandoned by the agencies asked to enforce them.”

The organization and its coalition partners are sharing a fact sheet on the bill as well as a video explaining concerns about provisions in the legislation.

The House passed a similar version of the bill around the same time in 2020. 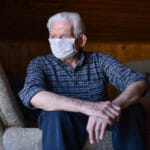