Employees within senior living and care facilities now say they are much more amenable to getting vaccinated for COVID-19 than they were in December, according to survey results collected by human capital management software company OnShift.

Several factors contributed to this seismic shift in vaccine acceptance, according to OnShift CEO Mark Woodka. Before the company’s first survey, he noted, the industry hadn’t yet begun vaccinations, but by the time of the second poll, 53% of long-term care employees had received the vaccine.

“People were able to see how safe and effective the vaccine has been,” Woodka told the McKnight’s Business Daily. “They became more comfortable with it, and I believe that alleviated a lot of concern.”

He also credited the industry’s heavy investment in educational resources and campaigns about the vaccine, which he said also helped drive the shift toward greater acceptance.

The vaccine, Woodka noted, was developed in record time based on a new technology that many people didn’t and maybe still don’t fully understand.

“Our paradigm has been that vaccines take years to develop,” he said. “It was difficult for people to accept that it is possible to develop a safe vaccine in nine months.”

Read about the results of a Kaiser Family Foundation / Washington Post survey about vaccine hesitancy among senior living and other frontline healthcare workers in McKnight’s Senior Living here. 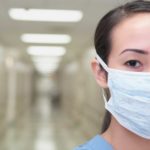 One year into pandemic, nursing home workforce has declined by 11.5 percent