Ortelius Advisors founder and managing member Peter DeSorcy reportedly has said he is willing to backstop a new equity rights offering of up to $70 million for Capital Senior Living as an alternative to the operator’s fundraising plans with Conversant Capital and its affiliates.

DeSorcy has told other shareholders that the activist hedge fund group would be willing to make the near-term cash infusion, Reuters reported on Monday, and Caligan Partners has indicated its willingness to pony up fresh capital to keep the Conversant Capital transactions from going through. DeSorcy previously argued that Capital’s investment with Conversant would harm shareholders.

Dallas-based Capital announced plans on July 22 to raise up to $152.5 million through the private placement of convertible preferred stock to affiliates of Conversant and that Conversant Capital had agreed to backstop a rights offering and provide an incremental $25 million accordion for future investment. At the time, Kimberly S. Lody, Capital Senior Living’s president and CEO, told the McKnight’s Business Daily that the transaction would allow the company to improve its liquidity with working capital.

In an Aug. 9 letter to Capital’s board of directors, however, DeSorcy wrote, “The transactions demonstrably fail to maximize the value of the company, which is now trading at a significant discount to its underlying assets. We find it alarming that the board, which owes fiduciary obligations to all stockholders, would effectively seek to sell control of the company to Conversant at what we believe is a material discount without at least conducting a more thorough review of strategic alternatives.”

Reuters reported that “[i]n communications with other shareholders, Ortelius said that it wants the company to have options to raise a smaller amount of near-term capital now that its occupancy levels and financial position are improving.” 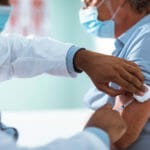