Undocumented immigrants working as essential workers, including those in long-term care facilities and those working in home- and community-based services, would be eligible for a path for citizenship under new legislation proposed in the House and Senate.

The bicameral proposal, the Citizenship for Essential Workers Act, S. 747 and H.R. 1909, proposes that those workers receive permanent resident status. The new legislation seeks to provide a “fair, secure, and accessible” pathway to U.S. citizenship for more than 5 million immigrant essential workers. Of the 5 million, approximately 1 million would be defined as “Dreamers” that are holding Deferred Action for Childhood Arrivals status. The other 4 million undocumented essential workers largely lack any protection from deportation, meaning that a worker could be deemed essential today but could be deported tomorrow, according to a LeadingAge article posted Monday.

Twenty-two Democrats, led by Reps. Ted Lieu (D-CA) and Joaquin Castro (D-TX) and Sens. Alex Padilla (D-CA) and Elizabeth Warren (D-MA), sent a letter to President Joseph Biden last month urging him to prioritize inclusion of this legislation in his infrastructure package. Many of these lawmakers are worried that they will lose control of Congress in the 2022 midterm elections and are concerned that the Supreme Court will strike down former President Barack Obama’s protections for Dreamers. 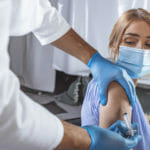