Consumer inquiries, tours and move-ins to senior living communities continue to remain at lower levels than last year. Still, June’s numbers suggested a recovery of sorts, according to a report released Tuesday from Denver-based Enquire.

Overall, senior living experienced a 22% drop in inquiries, a 45% drop in initial tours and a 28% drop in move-ins in June compared with last year. But inquiries were up 15% from May, and June move-outs were 20% lower when compared with the prior year. Move-in averages also increased by 32% from May to June. 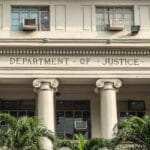