The leader of a St. Louis continuing care retirement community said Thursday that he is pleased that a federal sex discrimination suit against the community has been resolved.

Friendship Village Sunset Hills was sued in 2018 by the National Center for Lesbian Rights; national civil rights law firm Relman Colfax PLLC; ACLU of Missouri; and attorney Arlene Zarembka on behalf of Mary Walsh, 74, and Bev Nance, 70, a same-sex married couple who said they were denied a unit at the faith-based, not-for-profit senior living community in 2016.

The terms of the settlement, filed Tuesday, are confidential.

The lawsuit alleged that Friendship Village Sunset Hills had a “cohabitation policy” that would not allow the couple, who put down a $2,000 deposit, to move in because the company followed the “Biblical definition” of marriage and “defined marriage as between a man and a woman.”

Walsh said its board of directors has since changed its policy and that the settlement agreed to “does not change anything.”

“The case came to a conclusion after the fact,” he said.

The complaint, which also named Friendship Village’s parent company, FB Services, as a defendant, maintained that the denial of a unit to the couple violated the federal Fair Housing Act and Missouri Human Rights Act.

The lawsuit initially was dismissed in 2019 by a U.S. District Court judge on the basis that the Fair Housing Act did not protect against discrimination on the basis of sexual orientation. The 8th U.S. Court of Appeal remanded the case in July, citing a U.S. Supreme Court ruling in June that said sexual orientation was protected under Title VII of the Civil Rights Act of 1964.

“With the Supreme Court’s decision in Bostock and settlement of cases like this, housing providers from coast to coast are on notice that the sex discrimination provisions of the Fair Housing Act will protect all LGBTQ people,” Michael Allen, a partner at Relman Colfax, told McKnight’s Senior Living. “Strict enforcement of the law will ensure that no other family will have to go through what Mary and Bev experienced, in any housing context, including senior housing communities.”

“What happened to Mary and Bev was discrimination, plain and simple,” plaintiffs’ attorney Zarembka said. “Mary and Bev’s courage in seeking to vindicate their civil rights makes them heroes of the LGBTQ community. Now that the lawsuit has resolved, Mary and Bev can focus on their health and family.”

LGBT elder advocacy group SAGE used the lawsuit to expand a national awareness and education effort about the challenges many LGBT elders face.

SAGE CEO Michael Adams told McKnight’s Senior Living that the agreement “reflects that the ground has decisively shifted against discrimination and in favor of equal access to housing and care for older same-sex couples.”

“With the Supreme Court decision last June recognizing that discrimination against LGBT people is unlawful sex discrimination, it is now clear that LGBT elders in every nook and cranny of this country have a right to access housing and care of their choosing equal to that of all other older Americans,” Adams said. 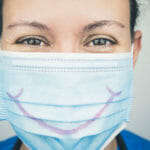 Pandemic reveals why some organizations are ‘Best Workplaces’