More than 16,000 cases of sexual abuse have been reported in nursing homes and assisted living communities since 2000, according to a report published by CNN on Wednesday.

The figure comes from federal data maintained by the U.S. Department of Health and Human Services’ Administration for Community Living, the cable network said, noting that ACL officials said that it includes only cases that involved state long-term ombudsmen.

The American Health Care Association / National Center for Assisted Living called such incidents “deeply troubling,” LeadingAge said that they “must never happen again,” and Argentum said it was “shocked and saddened” by the report.

For the investigation, CNN reviewed civil and criminal court documents, state health investigations and Centers for Medicare & Medicaid Services information (which included data only on nursing homes), and also interviewed experts, regulators and the families of victims. Although the investigation focused on nursing homes and the report is titled “Sick, Dying and Raped in America’s Nursing Homes,” it also addresses assisted living communities, singling out two cases.

One case, previously reported by McKnight’s Senior Living, involves Jerry Kan, a former cook at a Louisiana assisted living community, who was indicted and charged with first-degree rape of a resident in December. His case is ongoing, as is the related case of Julie Henry, an executive at the community. She, as CNN noted, is accused of failing to report abuse of adults and obstruction of justice, but an attorney for the facility, Beau Provence Memory Care Assisted Living, previously told McKnight’s Senior Living that the community is “100% behind” her.

CNN also cited a 2013 case in Minnesota in which an 89-year-old assisted living resident with dementia was transferred to the mental health ward of a local hospital after she said she had been raped. A certified nursing assistant said he had consensual sex with the resident, and a director at the community believed him, according to CNN.

The report noted the lack of a comprehensive national database of sexual abuse cases in nursing homes and assisted living communities and said that, in many cases, victims have difficulty reporting incidents or are not believed because they have dementia. Operators should investigate all incidents, preserve evidence, train employees on reporting practices, and staff to enable proper supervision of workers, the report recommended.

Argentum President and CEO James Balda said that the organization has “zero tolerance for abuse, neglect, and exploitation” and is committed to working with all stakeholders to address many of the concerns and issues raised by the CNN report.

AHCA/NCAL said in a statement: “Any person who commits these heinous acts should be penalized to the fullest extent of the law. The safety and well-being of residents and patients is a number one priority for all of our member centers and communities.”

“Argentum has worked to eliminate elder abuse of all types since its inception by supporting federal and state legislation, laws and regulations addressing the issue as well as through member education and resources,” Balda said. “We support the role of state adult protective service agencies in investigating suspected elder abuse.”

“LeadingAge has strongly supported the Elder Justice Act and other measures requiring prompt reporting to the police of any suspicion that a crime has been committed against a resident,” LeadingAge said in a statement, noting that “the law also set up a mechanism for tracking and reporting of resident abuse at the federal level.”

AHCA/NCAL said it supports employee background checks and other regulations and laws that “seek to prevent such abhorrent behavior.”

“We continue to work with members of Congress and CMS on ensuring national background checks are fully implemented and on the development of a national abuse registry that can be accessed by all post-acute and long-term care providers,” the organization said. “We also stand with the millions of staff who are committed and passionate about providing high-quality care for those they serve every day.”

Commenting on the CNN report, Missouri state Rep. Andrew McDaniel, a Republican, tweeted on Wednesday that he is “trying my best in MO to help deter and prevent these situations.”

Under legislation that he has proposed, Missouri residential care, assisted living, intermediate care and skilled nursing facilities would be required to grant resident requests to use electronic monitoring devices in their rooms, as long as the residents provided written consent to the facilities in advance. McDaniel introduced similar legislation in 2015 and 2016, but it was not passed. 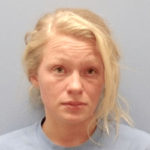