As states continue to work to rebalance long-term services and supports spending away from nursing home care, assisted living is gaining as an option for Medicare-Medicaid dually eligible older adults who need assistance with daily activities but want to remain in a community setting.

But dual-eligible individuals face a range of challenges in qualifying for and receiving Medicaid services in assisted living settings, according to a study published in Medical Care Research and Review by researchers from the Johns Hopkins School of Public Health and Brown University School of Public Health.

If assisted living settings are going to be able to continue serving as an option for dually eligible individuals, then policymakers, state officials and assisted living providers will need to “work collaboratively to develop ways to systematically collect and report the health and welfare of dual-eligible residents,” the authors stated.

Among the challenges, according to the paper, are rates that are higher than some dually eligible older adults can afford to pay out of pocket, Medicaid payment rates that lead operators to limit the number of dual-eligible residents they serve, the fact that Medicare typically does not pay for home- and community-based services provided in assisted living (although some can receive Medicare-financed services, such as home health, temporarily), and the Centers for Medicare and Medicaid Services’ 2014 HCBS settings rule, which may make some assisted living providers ineligible to receive Medicaid reimbursement for services. Under the rule, certain settings — including locations in buildings in which inpatient institutional treatment is provided, settings in buildings on the grounds of or adjacent to a public institution, or settings that isolate individuals from the broader community — are presumed ineligible for the waiver program unless they meet a heightened standard of proof.

Additionally, the authors said, residents with fewer functional limitations may have difficulty incurring enough medical expenses to meet spend-down requirements, although states may implement a special income rule, which allows residents who require an institutional level of care to qualify for Medicaid.

The need is there, the researchers suggested.

In states with a Medicaid state plan option covering services in assisted living, or waivers, the number of assisted living residents with dual eligibility was more than 10 percentage points higher than in states with neither option, the authors said.

Dually eligible individuals represent 18% of assisted living residents and often are younger, minorities and individuals with disabilities, with higher rates of chronic conditions and cognitive impairment compared with others, according to the study authors. 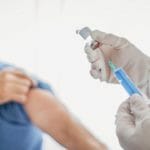