As the Graham-Cassidy bill to repeal and replace the Affordable Care Act heads toward a hearing, a televised debate and a possible vote this week, two Republican senators have expressed serious concerns about it, calling for a bipartisan attempt at heatlhcare reform instead.

“It is hard for me to envision getting to ‘yes’ on this bill,” Collins said of Graham-Cassidy Sunday on CBS’ “Face the Nation.” Collins said her opposition to the legislation was due in part to the negative effect it would have on the Medicaid program and the older adults and others that it serves.

The bill, which is referred to by the names of two of its sponsors, Sens. Lindsey Graham (R-SC) and Bill Cassidy (R-LA), would replace open-ended federal subsidies for Medicaid with per-capita caps and block grants to states. Estimates by Avalere Health, the Center on Budget and Policy Priorities and the Kaiser Family Foundation show the bill would result in billions in cuts to the program over the next 10 years.

“The Medicaid program has been on the books for more than 50 years,” Collins said. “The Graham-Cassidy bill proposes a dramatic, sweeping change in the way that program would be allocated and administered. [It’s] a program which does need reform, but we need careful reform, and I don’t think this bill does that.”

Collins made similar remarks on CNN’s “State of the Union,” calling for a healthcare reform process that includes extensive hearings and Democrats.

“My focus is on improving our healthcare system, and what I would like to see happen is for us to return to the very good work that the Senate Health Committee was doing under the leadership of Sens. Lamar Alexander [R-TN] and Patty Murray [D-WA],” she said. Collins is a member of that committee.

“We had four substantive, in-depth hearings, widespread participation by the Senate during the past two weeks, and they were very close to producing an initial bill,” she said. 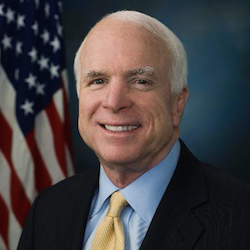 The Maine senator also made similar remarks to the Portland (Maine) Press Herald on Friday, the same day her Arizona colleague released a statement opposing the bill.

“I would consider supporting legislation similar to that offered by my friends Senators Graham and Cassidy were it the product of extensive hearings, debate and amendment,” McCain said. “But that has not been the case. Instead, the specter of September 30th budget reconciliation deadline has hung over this entire process.”

The bill’s sponsors are pushing for a vote this week. After Sept. 30, the fast-track budget procedure Republicans are using to try to repeal Obamacare will have expired, according to the Senate parliamentarian. According to the Advisory Board, however, the effort could continue after September if the House and Senate approve language in a budget resolution for fiscal year 2018.

“I cannot in good conscience vote for the Graham-Cassidy proposal,” McCain said. “I believe we could do better working together, Republicans and Democrats, and have not yet really tried.”

The Arizona senator said he also was concerned by the lack of a score from the Congressional Budget Office.

The CBO said Sept. 18 that it was aiming to provide a preliminary assessment of the Graham-Cassidy bill by early this week but that it would not be able to calculate point estimates of the effects on the deficit, health insurance coverage or premiums “for at least several weeks.”

Senators were tinkering with the bill’s provisions over the weekend in an attempt to sway some of their colleagues. With no Democrats supporting the bill, at least 50 of 52 Republican senators would need to vote ‘yes’ for it to pass through budget reconciliation.

The Senate Finance Committee has scheduled a hearing for 2 p.m ET Monday to discuss the bill. Also Monday, CNN is hosting a 90-minute town hall at 9 p.m. ET with Graham and Cassidy, who will debate healthcare with Sens. Bernie Sanders (I-VT) and Amy Klobuchar (D-MN).

A vote could come this week, perhaps Wednesday, White House Director of Legislative Affairs Marc Short said Sunday on “Meet the Press,” although a spokesperson for Senate Majority Leader Mitch McConnell (R-KY) would not confirm a timeline to the New York Times.

Affordable Care Act Lois A. Bowers
Next post in News 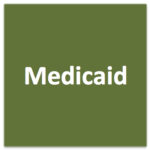